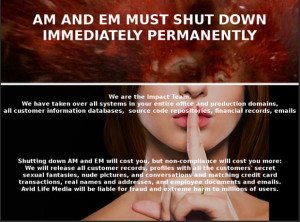 If it’s true that, as Ed Setzer suggests, 400 leaders in Christian spheres will be or have been exposed as Ashley Madison users, then John Gibson was among them. And on August 24th, he ended his own life.

That the world is broken and that both women and men are prone to wander shouldn’t be particularly scandalous to the Christian mind. The sinfulness of the human heart is part of the narrative we have been articulating for thousands of years. Instead, the real scandal in a Christian worldview is The Cross and Resurrection of Jesus Christ – that not even the most revolting and horrid betrayal, not death itself, can separate us from the love of God. That’s the scandal. Sin is the norm.

Now, I’m not suggesting (nor would I) that the immediate victims of marital unfaithfulness need to simply take a deep breath and quickly move on to the forgiveness part of the process. Nothing excuses willful betrayal within a marriage and the road on the other side of such betrayal is almost impossibly difficult. What I am suggesting is that we can’t be a culture who is collectively scandalized by the effects of human failure when our narrative includes the expectation of that very thing. More than that, the hope we hold for ourselves and everyone else is that God, in His great mercy, will not allow our wrongdoing to be the end of us.

I wish more of our public expression matched the narrative it was designed to carry. I wish it looked more like we had a plan for our own failure rather than, as it too often seems, that we are propping up our institutions on the strength, endurance and charisma of the leaders at their helm. We need a better plan than pretending we’re not part of the mess. We need a better plan than shock and head-shaking. We need a plan that reflects the Story we signed up to tell when we said “I will follow Jesus.”  A story embodied in the courage and  of John Gibson’s wife who, in the shadow of his suicide said “It wasn’t so bad that we wouldn’t have forgiven it.” And I don’t read that as Mrs. Gibson brushing off her husbands betrayal as “no big deal.” I read that as the courageous declaration of a woman who sincerely believes that sin and death are not the end of the story. 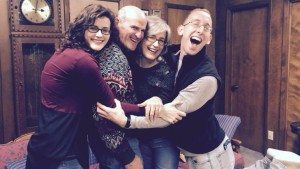 What’s your plan? What is your community’s plan when the all-too-human women and men who have stepped into the institutional quagmire of religious leadership do not and cannot live up to the standards they desperately wish they could? Because that’s going to happen in one way or another. The Story we’ve been telling since our collective journey began includes a promise of human frailty. The thing is about that story is that it ends in renewal, rebuilding and resurrection. In fact, it is that expectation of newness that is to be the hallmark of a Christian worldview. In that light, may the public, cultural expression of our faith include a hope and expectation of restoration that matches and overwhelms the oppressive reality of sin.