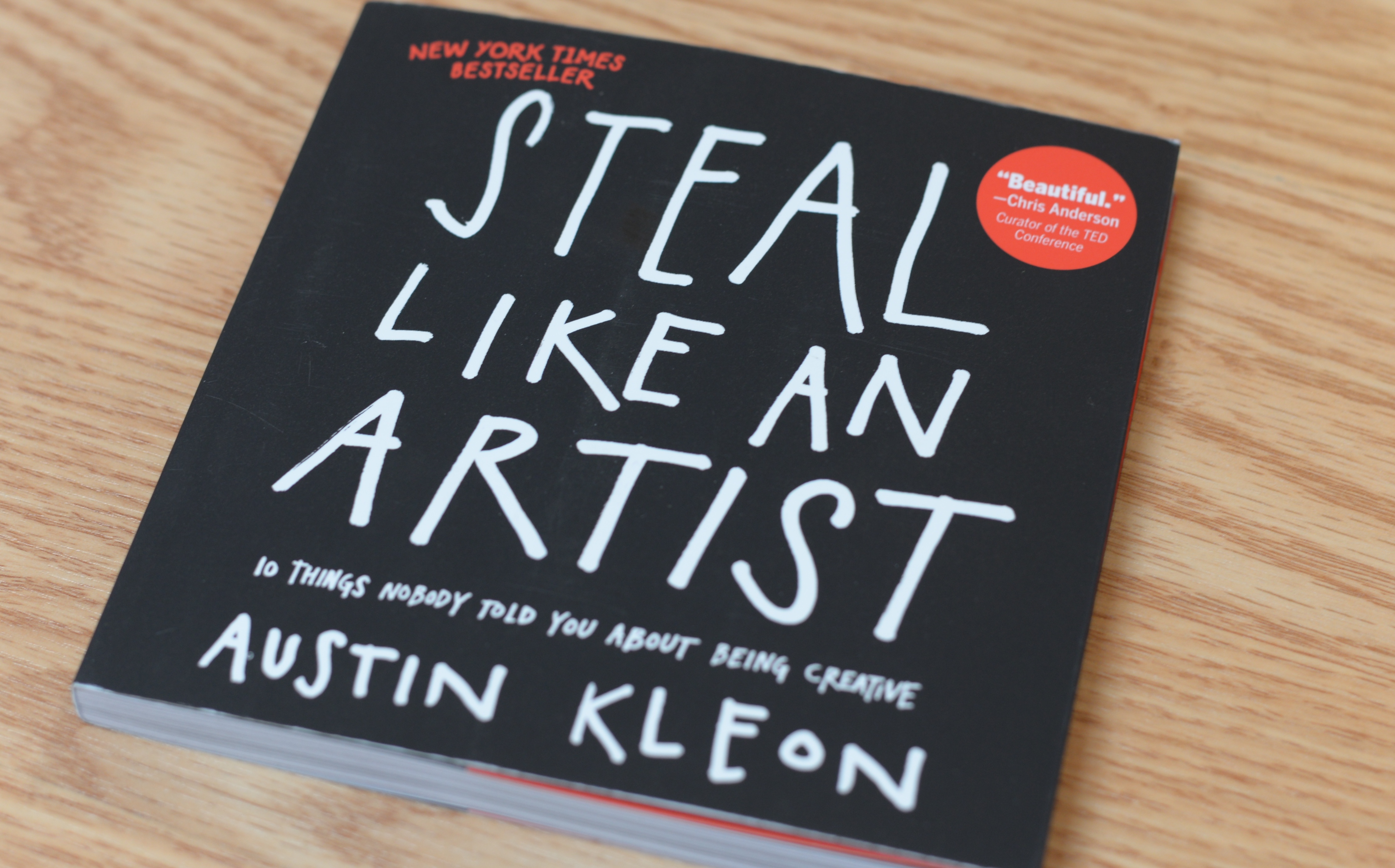 This is a liberating book and a joy to read. Kleon clearly loves his work. His interest and curiosity carry the book.

At the heart of “Steal Like An Artist” is the idea that “We learn by copying.” Kleon writes, “Even The Beatles started as a cover band. Paul McCartney has said, ‘I emulated Buddy Holly, Little Richard, Jerry Lew Lewis, Elvis. We all did.’” You may have read something similar about the Beatles from Malcolm Gladwell, who suggests their greatness had less to do with some innately prodigious quality and more to do with the thousands of hours they spent playing cover songs in a brothel when they got started.

A highlight of this book is that Kleon gets to something I’ve been chasing since I wrote Title Pending. About the art of copying/stealing from the artists we love and are inspired by, he writes “You don’t want to look like your heroes, you want to see like your heroes.”

That is where copying becomes a kind of apprenticeship. I don’t want to make Tom Petty songs because Tom Petty songs work and mine don’t. I want to learn how he does what he does so I can do what I do better.

One very practical bit of advice he offers has to do with the tools of creativity and, in particular, the limitations that come with using a computer all the time. “The computer is really good for editing your ideas,” he writes “and it’s really good for getting your ideas ready for publishing out into the world, but it’s not good for generating ideas. There are too many opportunities to hit the delete key.”

I feel that deeply. The desire to self-edit as I’m just starting to create something is a serious problem. My handwriting is horrid, but I’m beginning to wonder if I ought to start more ideas on paper.

Fun book. Insightful and helpful. Check it out.