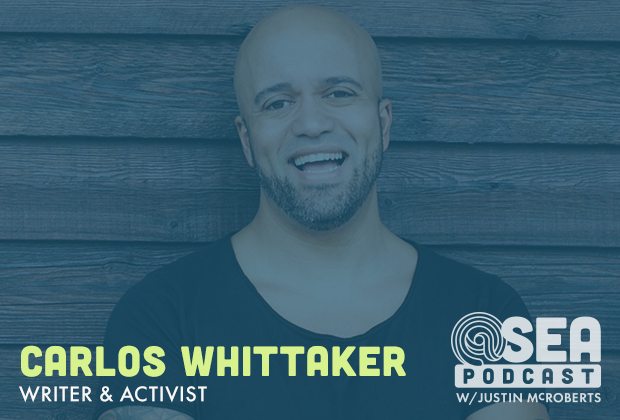 The question “What do you do?” or “What do you do for a living?” it’s not so much a question about work as it is a way to figure out who someone is; a question of identity. And that relationship between who I am and what I do can be tricky,… even confusing.
Too closely tying my identity to my work can lead towards a dehumanized, utilitarian view of my own humanity… while drawing a thick black line between who I am and what I do can lead to a kind of dysphoria …
Carlos Whittaker has developed apps, written and performed songs, led an online weight loss program, taught courses on the proper use of Instagram as well as having written two books, including his most recent work “Kill The Spider.”
As I think you’ll hear in my conversation with Carlos, his process and evolution has been one in which he relentlessly pursues a sense of his place in the world at the cost of safe career steps and even, at times, at the cost of safe religious conclusions. All the while, he invites his readers and listeners to join him along the way.
Check it out…