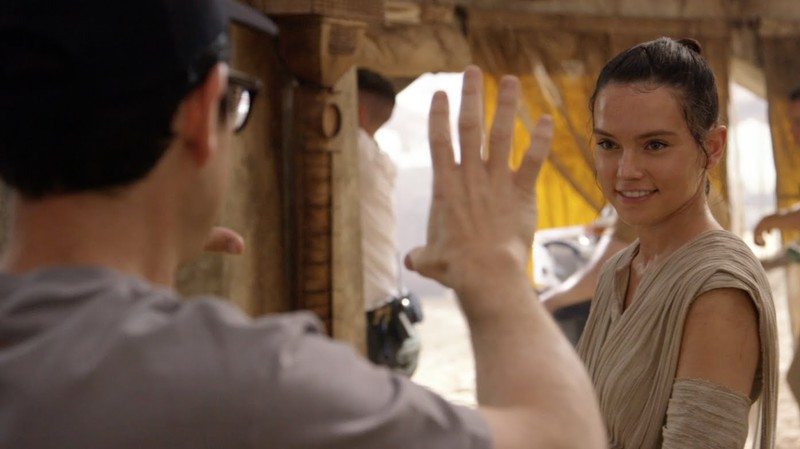 I picked up the Star Wars digital release and immediately jumped to the iTunes extras and searched for the 1-hr behind-the-scenes documentary called “Secrets of Force Awakens: A Cinematic Journey.” Honestly, I’d have paid the $19.95 just for that 1-hr. From Daisy Ridley’s audition footage to JJ Abrams’ reaction to shooting Han and Chewie’s classic entrance onto the Millennium Falcon, I was a Star Wars fan watching other Star Wars fans make a Star Wars movie.

Some of my other favorite moments include hearing Kathleen Kennedy, President of Lucasfilm say “I don’t think we ever felt like we were really ready to go…” and listening to Harrison Ford meditate on the importance of Star Wars for its viewers, saying “The value people place in these stories is deep and abiding.”

The moment I finished the feature, I wanted to watch the film again. Knowing about the “secrets” behind its making added value and depth and a new dimension to the finished work. Knowing how Star Wars was made and the “journey” to its completion doesn’t take anything away from the film at all. Instead, it provide a new window of access into a work I already love.

Having recently read Austin Kleon’s wonderful book “Show Your Work,” this whole encounter reinforced for me the need to share more of my own journey and process as a creative. I wrote the book Title Pending as a first real effort in that direction and coming this Summer, i’ll be taking even more steps that way (stay tuned).

How about you? Here’s what I think…

I think what you create is valuable. And I think you know that. Part of that value comes from the struggle it is to get it done. Guess what? Your readers, listeners and viewers know that, too. How you get where you’re going is part of your art. The finished product is just one aspect. Like Austin Kleon says, “Show your work.” What does the first version of that song sound like? Do you have an unfinished idea or chapter? Let’s see it? What’s the story behind your good work? What “secrets” are leading you down the path?