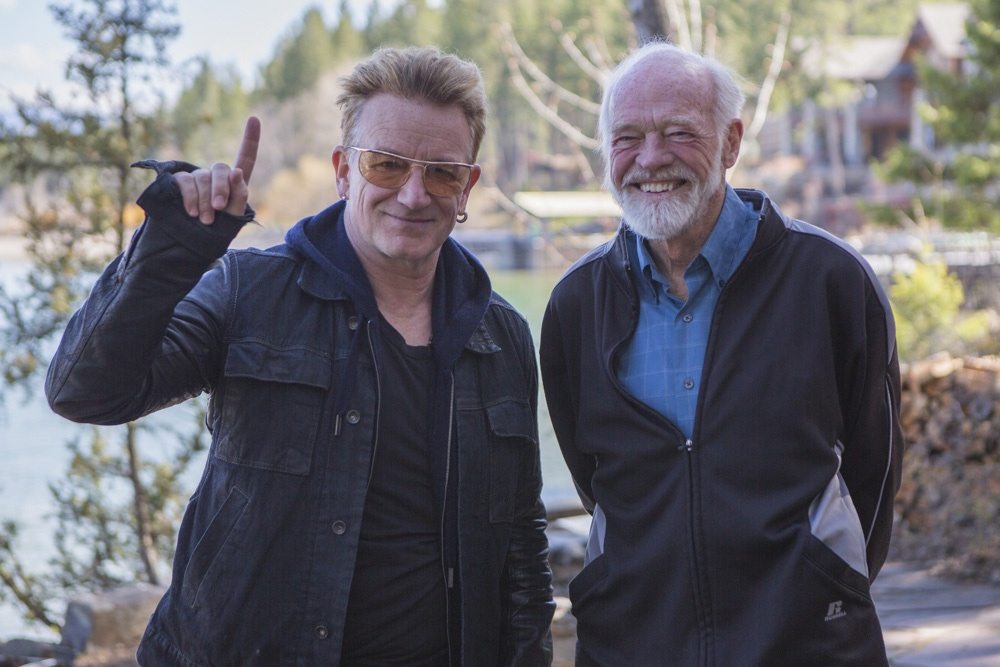 Is music in the “Christian marketplace” markedly dishonest? Specifically in the way its writers address the darker aspects of life? More so than music made in the broader, “General market” is? In his a Fuller-curated conversation between Bono  and Eugene Peterson, Bono suggests as much. I’m not so sure.

Let’s see what Drake has to say about the deeper issues:

Thanks, Drake. How about you, Calvin Harris? What’s going on under the surface of things?

Fascinating. My soul is stirred.

Of course, you and I both know that lyrical depth and a vital interpretation of the human condition is not what these songs are aiming at. So when, in Part 3 of their conversation, Bono and Peterson get into ye olde conversation about (basically) “why Christian music sucks,” I honestly tune out a bit and wait until the moment passes. Chart-topping songs of any kind, on any chart, are rarely songs of lyrical depth and almost NEVER approach issues like divorce or disease or racial tension. That’s just not what sells and so that’s not what chart-topping writers are writing about. That’s not a particular weakness of art made by Christians, it’s a definite characteristic of music made to sell.

Now, I don’t think this is a very interesting conversation. We’ve been through this too many times. On the other hand, what Bono initially says leads us into far more provocative space.

The Psalmist is brutally honest about the explosive joy he’s feeling and the deep sorrow or confusion and it’s that that sets the psalms apart for me… and I often think ‘Gosh, why isn’t Church music more like that?

He initially names Church music rather than the general “Christian” music, written for the radio or iTunes charts. I think the distinction is important because what he initially says cuts far deeper. He decries the honesty and depth of music written for and used in the cooperate gathering spaces of the Faithful Family. And he is, in my opinion, spot on.

Are there songs about sickness and terror and political disillusionment written by Christian women and men? Certainly there are. But this isn’t a question for poets and painters and musicians and writers – this is a question for pastors and leaders. As an artist, I am happy making art that captures and speaks to every aspect of life and faith and community, including the darker aspect of things. As a pastor, I have failed to make that art more central to the practice of life among my own people. If you’re a pastor, it’s very likely you’ve failed here, too.

Sales charts don’t tell much of a story. Music sells for lots of different reason on different days. But what gets sung or watched or engaged with in regular religious gatherings… that’s different. That’s where the line is supposed to be, right? This is a curated culture. A Sunday gathering is a space wherein a loving and wise group of leaders is supposed to be filtering the art and information delivered to their Family through questions like “What is good for our Family right now?” or “What is God doing and how can the art we prove or celebrate inform and clarify that?”  My experience tells me that, much of the time, there is almost no curation process at all when it comes to the art and music used in church settings, and when there is, it’s generally about what other (larger) churches are doing and what is selling.

Sure, part of the responsibnilty I have as a pastor is to tell a story (over an over) in which darkness does not triumph. All too often, that story gets dumbed-down to one in which there is not much darkness to begin with, leaving a good many people wondering what the hell is wrong with their fatih and life. I think it’s important to name the wrongs we believe will be made right.

As Walter Breugemman puts it, the absence of the whole story leads to at least the appearance of a Church culture that  “…does not believe in the resurrection, so it must hold to a messiah who never dies.”

There are Christian women and men making the kind of art that tells a more complete Gospel story. I don’t think that’s the question. I think the question is this:

—
NOTE: If you are a person with even a passing interest in the intersection between religion and public life and haven’t seen the conversation between Bono and Eugene Peterson, go to here.  It’s worth your time. (Thank you, Fuller Seminary, for being faithful and wise… for curating well.)