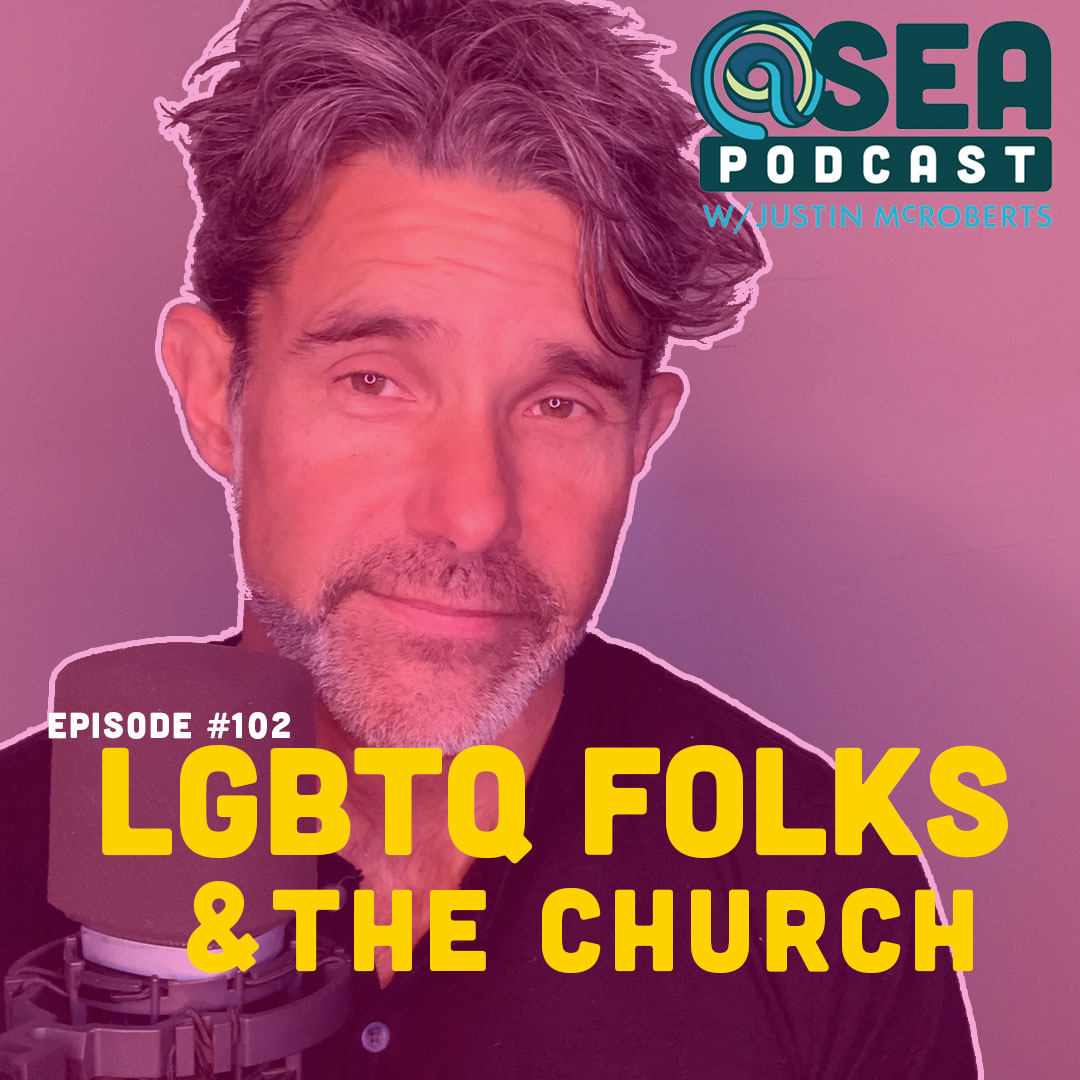 In the introduction to last week’s episode, I mentioned that in the years I spent as a pastor in an evangelical setting, the conversation about the place of LGBTQ folks in a local church was a regular and often difficult one.

That the Biblical image I kept coming back to was of Moses and his people stuck between the uncrossable waters in front of them and the violent forces behind them.

The tensions felt are often theological and institutional. But the cost, the main cost, was and is personal. Yes, I saw pastors lose their jobs and I saw a flood of people leave congregations they loved or stay in congregations in which they felt deep sadness and stress.

I lost friends, too.

And because that cost was and is so personal, my thoughts and feelings about what’s at hand in this conversation started to evolve and change and, in some way, clarify.

Are there institutional and theological steps to be taken and moves to be made? Yes?

But I’ve never felt it was an agreement that was what actually held healthy communities and relationships together. I recognized that disagreeing well was actually key. More than that, it is always the value of the

This takes me back to that Biblical imagery. Moses and his people facing uncrossable waters with violence at their back and something utterly miraculous has to happen for there to be a pathway forward.

There is nothing so miraculous as the change of a human heart.

So I started paying attention to the places where folks who loved one another were in conversation and compromise and commitment together and my hopes have risen since then.

The way I’ve come to think; If waters aren’t parted between people who love and like each other, I wonder if much happening on the theological and institutional level matters anyway. In fact, I wonder, at times, if the entire ballgame when it comes to wholesale institutional change just plain pivots on our willingness to love and make room for one another.

I wonder if what has been exposed, more so than anything else in the years we’ve been invested in this “conversation” is a shortage of hospitality and a lack of willingness to love like Jesus.

Jesus, whose love was marked and defined by sacrifice; Who broke standards of culture and religious expectations, not for the thrill of being a rule breaker or to scorn the institution, but because people are always more than (and worth more than) the conclusions we have about them or the rules we make for them.

I don’t know what the pathway forward actually looks like when it comes to local churches and LGBTQ members of the family of Christ. I assume that, logistically, it’s tied up into the larger questions about what “church” looks like in practice over the next few decades.

This means that, regardless of strategy and theology, the true hope for Chruch practice in this context or any is the miraculous capacity of human beings to love one another well, in conflict and disagreement, in sickness and in health.