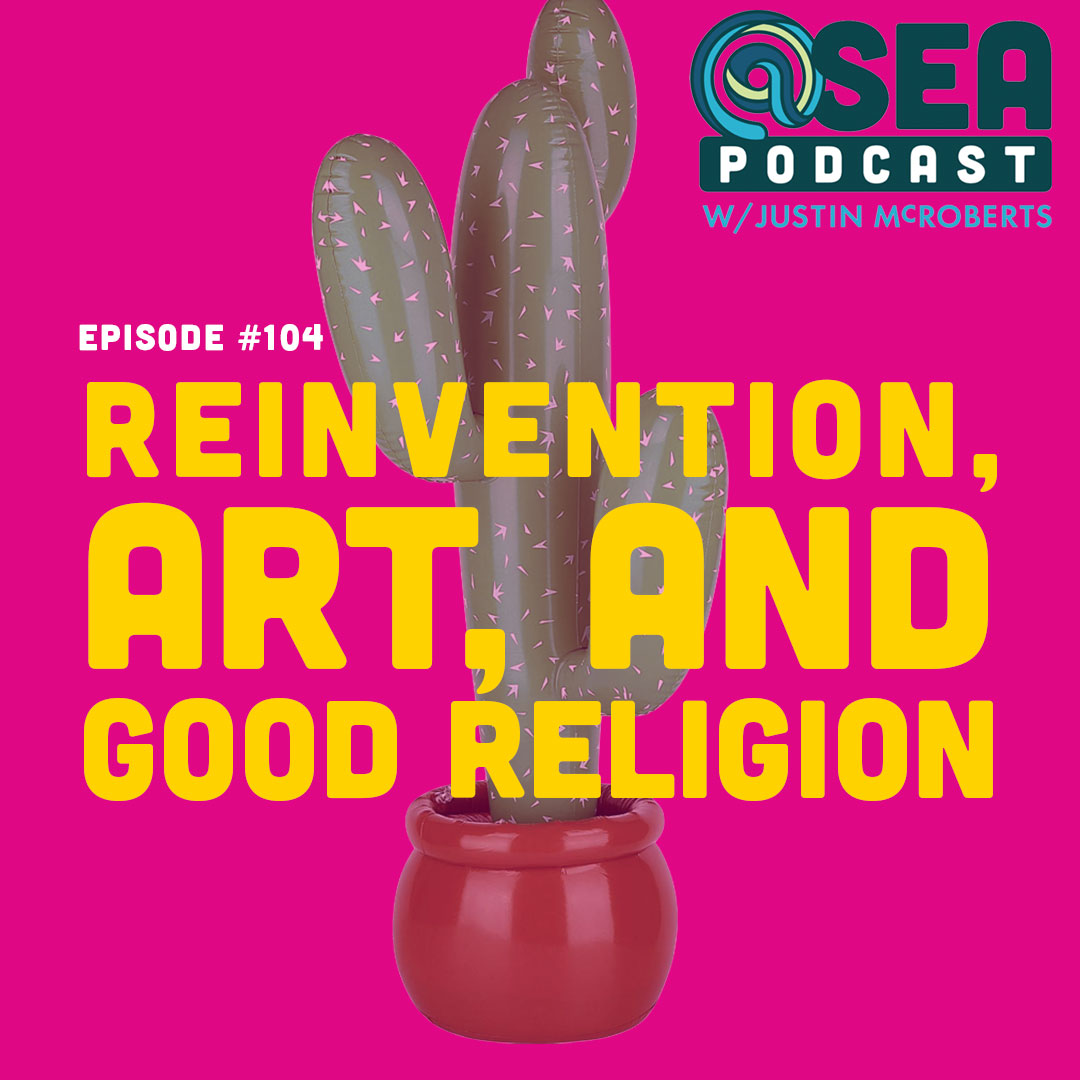 A few episodes ago, I shared a short story about being what I called misnamed at an event. The organizer called me a singer/songwriter when I was there to speak. Now, part of that setup for me emotionally was I was actually in the process of reinventing. I had been playing music for many, many years. And I had been speaking a little bit at the time but paying attention to what was going on in me, honoring what was happening in me, and honoring the things that people around me were responding to. I recognized that I was in a moment of reinvention. The one side of that story that I told him was that I wanted to be called something else, I wanted to be called an author, I wanted to be called a speaker instead of a singer-songwriter. Well, there’s another side to that. Because sometimes that reinvention process, and sometimes those reinvention moments or seasons come with a bit of grief. And that for two reasons. Maybe there was part of who I was before, how I functioned before what I did before, even primarily did before that I have to put down to become what’s coming next, that I actually will miss. And I’ll grieve that, that I really liked being that singer-songwriter. But the season has changed, and I have to do something else. Maybe it’s sad for me to let go of what I thought was what I hoped I would do with those skills or those talents. The other part of it has to do with disappointing people. And you’ve seen this play out where someone will change their musical style, someone will change up their fashion. And the folks who had been paying attention to them offering their time their money don’t like the new version. Everyone’s heard the stories about Bob Dylan coming out with an electric guitar, and all the chaos ensued. Following that first electric set, similar things have happened to bands like you to, or Kanye West, even the Beatles, or Stevie Wonder, when the time came for them to honor the existing and ongoing change in them as artists, the people paying attention to them, were disappointed, I’m going to suggest that that kind of risk, that that kind of bravery to reinvent is necessary for a long term career in the arts. And if Seth Godin is right, that art is anything we create that forges a relationship between people. That risk of reinventing and disappointing people is necessary for any good work in the world. I coach artists and ministers, and entrepreneurs. And pretty much everyone on my roster right now is in some reinvention phase. They’re looking at the skills, talents, abilities, and time they have had until now and trying to figure out what to do with them next. And some of the deepest grief I’m experiencing is from folks who have been trying to practice religion publicly, trying to lead spiritually in public, and are having to reinvent that particular form of art, not only because of the level of disappointment they experienced by their tribes, persons but also because among the people that I know who lead spiritually, it is a really deeply personal expression. Titles like pastor or minister get rooted in people’s hearts, souls, minds, skin. It is who you are, and changing the title, the function of that job, or work becomes a challenge to that person’s identity. If I do this differently, maybe I’m not who I used to be. And that can be scary. Which takes me back to that moment. At that conference, the person up front called me a singer-songwriter instead of an author. The reality was at the core of things; I’m neither one of those things. Those are expressions. I’m not an author. I do write books. I’m not a singer/songwriter. I do write songs, and I sing them. I’m an artist, which is to say, I don’t make music because music needs to be made. And I don’t write books because books need to be made. I make music. And I write books to forge a relationship between people, between myself and people, between myself and myself at times, between people and the God that holds all things together. So among the religious and those who lead in religious settings, perhaps words like pastor or minister, or even church, become traps. Because those words come in certain shapes. A pastor does this looks like this works these hours. Church happens at this time on this day in this way. And when the season comes, that calls on us to be brave. And to take the risk to do and be and act differently. We have to let go of what was to make room for what is coming and what is new. And yes, that comes with grief. Yes, that comes with fear. But we didn’t get into the ministry work of pastoring and the church because we wanted to be ministers and pastors and have churches. In the same way that an artist doesn’t get into music, painting, or storytelling, because they want to just paint and just tell stories and make music.

It’s about connection. It’s about people. It’s about love. It’s about how do I best communicate reality? What’s going on in me? Honor, the truth. Honor, the beauty, honor the goodness going on in me. How do I best communicate that? And how do I best set up a guide, help assist champion and celebrate that same work in the lives of others? It is now and has been for a while, a season at a time of reinvention for religion in America. Things are going to be different. And the choice on the table in front of us is to either honor the change that is already happening in us as persons or honor the desire. Those around us for something new/ something different, or we will hold to those old patterns and miss the moment in fear of our own grief.