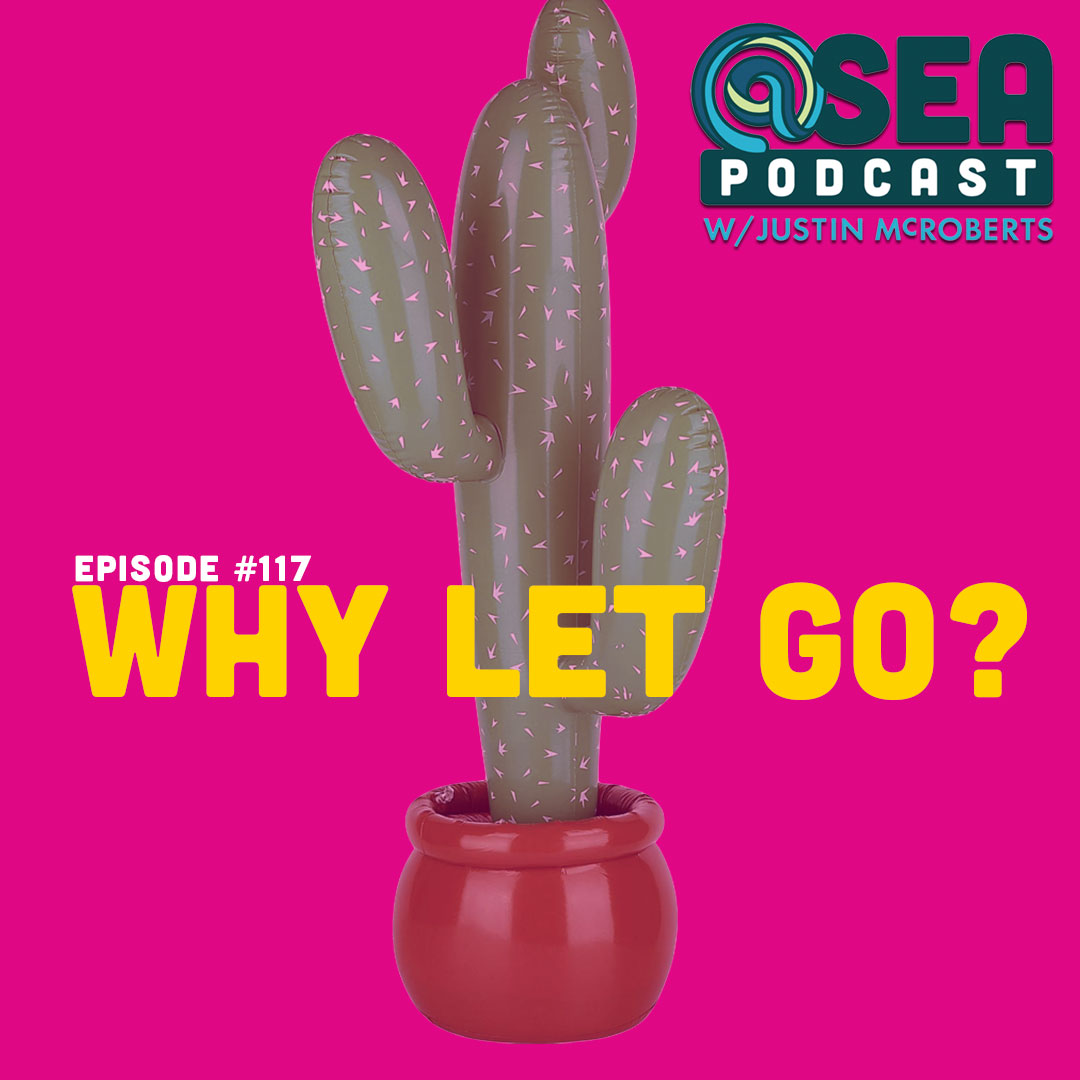 My social landscape does not look the way I expected it to a few years ago. Some of that comes on the heels of religious difference or political disagreement. And as sad as that stuff can be, it’s also a bit cliche and predictable.

If I’m being honest, what’s been harder, is recognizing that the more I’ve grown into who I am, and the more distance I’ve experienced between myself and people I was once connected to – those connections have been harder to let go of, as has been the familiarity I had with my former self. I felt some of these things before I was experiencing something like it in 2004, when I first heard the song, let go. And on the other side of a very strange season, marked by both grief and newness, I found myself liking where I was in life, and also tasting the bitterness of saying goodbye to what had been true, and had been comfortable before. So it is again today, and maybe you resonate with that feeling, I have a feeling you might. So is there beauty in the breakdown. That’s what I’m counting on, in my relationships, my friendships, and that hope is part of what moved me in part, to track my interpretation of the song.

In the same way, my religious landscape does not look the way I expected it to a few years ago. And some of that comes on the heels of a healthy and fruitful process of growth and maturity. In fact, most of it actually comes on the heels of such maturity and growth, it’s a good thing, that I’m experiencing some distance from what I used to think what I used to believe. Part of that maturation process has come with knowing that in order for God to truly be God, I have to let go of my hold on how I think God works and who I think God is. And I need to mean that prayer of Meister Eckhart in which he writes, God, rid me of God. The struggle here, though, is that I built a fair amount of life around some of those earlier conclusions and assumptions and knowings of God and I also developed some significant emotional practices. In response to what I knew about God, I don’t want to be one of those folks who’s trying to make Jesus king by force. But it has been difficult, it has been hard to let go of what I used to believe what I used to know and how I used to relate to God because of how much life I built around. What used to be, is there is beauty in the breakdown. That’s what I’m counting on. And that hope is part of what moved me in this season to track my interpretation of that song.

My political landscape does not look the way I expected it to a few years ago. I have this key memory of a mentor of mine, saying to me about choosing a party, that yes, it’s a conflict and it’s a bit of a choice. And it comes with some contentious feelings within your own soul. So he says Pick a party, one that you resonate with maybe a tad more deeply, even though you will never feel fully at home in a political party then be a faithful and lovingly critical part of that party, while being aligned to the principles of the kingdom, which is bigger and deeper and broader and more beautiful than any party platform. And I’ve tried to do that. I’ve wanted to not just be a good neighbor, but also to set a tone of neighborliness in an environment that favors rightness and victory instead. But, and the nature and depth of sheer awfulness between human beings over the last few years has left me in a state of relative disorientation. It’s not that I don’t know who my neighbor is, it’s that I don’t feel like that word. Or the reality it points to means the same thing, or in some cases means much anything at all, to people around me. Even some of those people that I consider neighbors.

The practice here has been recognizing my experience of other people and the ideas they are moved by as exactly about my experience, to heed some form of wisdom and recognize the limitations of my perspective in relationship to the social world around me, the neighborhood around me, the systems around me, I can only know so much I can only care so much I can only see so far. And to believe that there is a capital S Something capital M more a something more Twitch, all of this striving and arguing and battling, eventually does come home. To believe that there is beauty, not just after, but in the breakdown. See, that’s what I’m counting on. And that’s part of what has moved me in this season of my life to track this interpretation of this song. It is a song in which I receive and hear a promise. That in the moment of the breakdown, as things are falling apart, as my expectations fall by the wayside, my plans disintegrate before my very eyes as I’m even leaning on my own coping mechanisms, instead of dealing with the reality of life-changing in ways that I didn’t want it to that there is a hope. I hope without specifics, I hope that there’s something better if I can simply let go, of what I wanted, of what I had planned for, and what expected.

These plans I’ve made and these expectations that I’ve held to many of which I’ve built my life around, I’d held to and planned on from good intention. I’ve wanted to feel cared for and I’ve wanted to care for the world around me. And the season has come over the last few years in which if I really do want to feel held, I have to let go of the things that I’m holding in order to be held. And if I really do want to care for the world, I have to release the control I have over all these aspects of my life so that I can see those aspects of my life held by the one who holds all things together. I’ve had to let go and trust that there is a beauty in the breakdown beyond my even wildest and most deeply caring imaginings.

That’s what I’m counting on.

And that is why in part, in this season of my life I’ve chosen to track this interpretation of the song