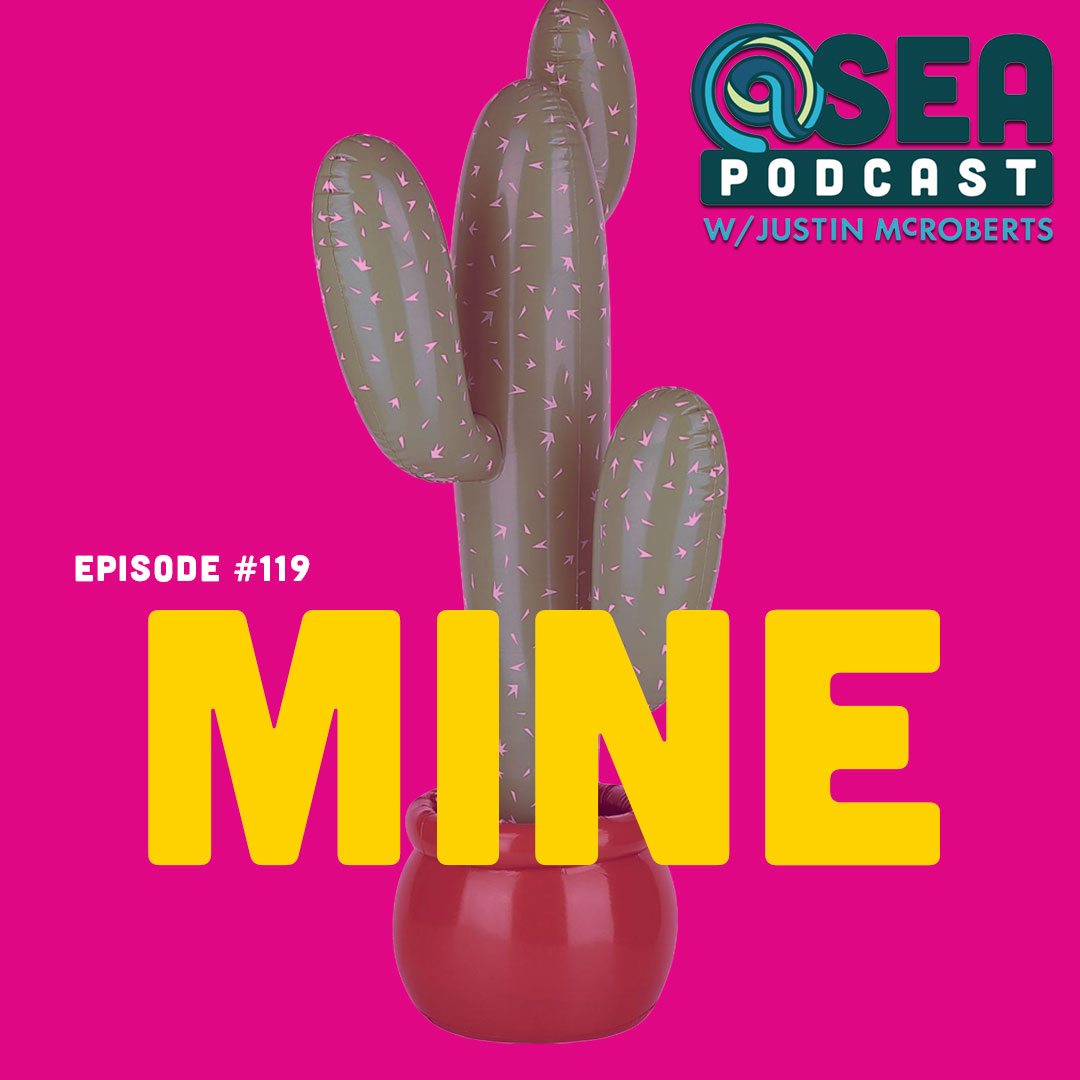 It used to confuse me when, as people talked about relationships, romantic or otherwise, they would refer to the relationship as, like a third entity, there was the person and a person, or a few people. And then there was the relationship that they’re in like it was this other thing. You, me, and then the relationship. But it turns out there’s actually something to that. Sometimes what’s being referred to by the relationship is this idea of what we should be or what we could be like, if we did this. Well. Sometimes it’s a good thing, specifically when that vision is a shared vision. And we’re in lockstep and headed in that direction, trying to become that vision, that ideal of what a relationship looks like. But sometimes, the relationship we’re referring to and feel responsible for isn’t at all reflective of the actuality of the connection between us. It doesn’t help us love each other or even see each other.
I can see this clearly. And so often when the relationship we’re speaking of is with the church, or just with church, capital C church, circumstances change, so to expectations, heck, the particulars of the social and interpersonal contract, we’ve entered into change as well. In the end, belonging, like love, is a choice rather than a consequence. This is how we know what love is. As the writer John, Jesus Christ laid down his life for us, and we ought to lay down our lives for our brothers and sisters. Why are you here? Because I choose to be because I’m yours. Because your mind. That’s where it gets kind of complicated with the word mine. At the beginning of adolescence, I learned, or I thought I learned, that being possessive was one of the worst things that someone could be in a relationship being possessive was associated with jealousy and suspicion, judgment, and control. It was an entirely negative thing to be possessive to be as, as a boyfriend or girlfriend, or even friend. And yet, the older I’ve gotten, and the more I’ve lost relationally, I’ve grown in the desire to be bound to others, by far more than either my force of will or my effort or bound to others as a reward for my performances. I’ve longed to know that, even as things change, sometimes dramatically and sometimes sadly, I’m still worth belonging to. I’m worth belonging with. I’m worth someone saying, “You are mine.”
I don’t entirely reject the lessons of my early adolescence. Still, at the same time, there certainly is something to being identified by someone as essential as part of their life, regardless of any and all things. I really resonate here with the biblical imagery of Christ and Christ’s bride. And at the same time, I’m really challenged by this other biblical moment. I am inspired and moreso honestly scandalized. By the way that the writers of the early New Testament, a few of them constantly come back to calling Judas Iscariot, the one who betrays Jesus, one of us. They claim him as ours. Here it is in the book of Luke 22nd chapter. Now, the Festival of Unleavened Bread, which is called the Passover, was near the chief priests, and the scribes were looking for a way to put Jesus to death, for they were afraid of the people.
Then Satan entered into Judas Iscariot, who was one of the 12. He went away and conferred with the chief priests and the officers of the temple police about how he might betray him, which is Jesus to them. And then a completely different writer at a different time. They’ve got Mark 14th Chapter. Immediately, while he was still speaking again, that’s Jesus, Judas, one of the 12, came up accompanied by a crowd with swords and clubs, who were the chief priests and the scribes, and the elders. Now he who was betraying him had given them a signal whoever I kiss, he is the one sees him and leads him away under guard. There’s no mistaking here that Anytime he’s referenced, it’s clear that foes acknowledge what he’s done, that he betrayed Jesus. He did it with a kiss. It was awful. He sold them out for money. There’s no getting around that description of Judas as actions. And yet, this is just to have four or five instances in which folks who are writing about the story of Judas use the phrase, one of the 12. I am scandalized and inspired and moved and challenged by that. Yes. They say he’s the betrayer. He’s also ours. And that kind of associate of belonging, that kind of commitment to someone, does not have to come along with, In fact, it doesn’t come along with the denial of their wrongdoing, much less turning a blind eye and saying, Oh, that’s not who they are, or excusing any sort of misstep or injustice or betrayal. It doesn’t come along with any of that. It does, though. Reframe those missteps. Reframe those injustices, reframe even those betrayals that, yes, that is part of who they are, that they have done those things, that they have said those things, and they’ve lived that way. And part of what makes that so tragic is that there’s so much more to them, including the fact that they belong to me. And I to them, yes, this is true of them. Also true of them. They’re one of ours. And that doesn’t come with forgetfulness. It also doesn’t come with forgiveness. But maybe that’s the kind of posture, the kind of commitment, the kind of relationship that actually makes something like forgiveness possible. That in order to want it bad enough for you to do the work that it takes to actually move you and me to a place of forgiveness, much less restoration. I have to want it. Like I would want it for myself. And maybe that comes with calling you mine

The loss and the disintegration of the religious community I called home for nearly 20 years came with a long list of complicated analyses and reasons, and diagnoses. It was ideas and methodologies. Over time, the need or the desire to make sense of what had happened took a backseat to the deep comfort of sharing that life experience with other human beings. As it turns out, it is the shared experience of life with other people that makes any plan or any idea worth executing, to have fought for a good plan or a beautiful idea. And last and then, on the other side of that last battle, to look up and more fully see the people I’ve been fighting with, and fighting for, or even fighting against. It has often been the sting of loss that snapped my mind. And that kind of clarity and pain can sharpen the mind and demand focus on what matters. I don’t think I’m alone in that, which is why I wrote the song war stories. I think there are a lot of us right now stumbling and wandering, bleary-eyed, around the empty spaces of our last battles, the places where our good plans and our beautiful ideas used to exist, and I think it might be enough that we’re in that space together. After all, what was the intention of having made the plan or sharing the idea to begin with? If not to gather with other people with whom we agreed and, yes, with whom we disagreed, wasn’t connected with other people, the hope to begin with? What if, in order to more deeply and humanly connect, our hands had to be empty of ideas, and of plans, and of quote, things to fight for? What if we had to fall out of love with our schemes and our methodologies in order to fall in love once again, or for the first time with the people who make those schemes and methodologies and causes worth anything at all?