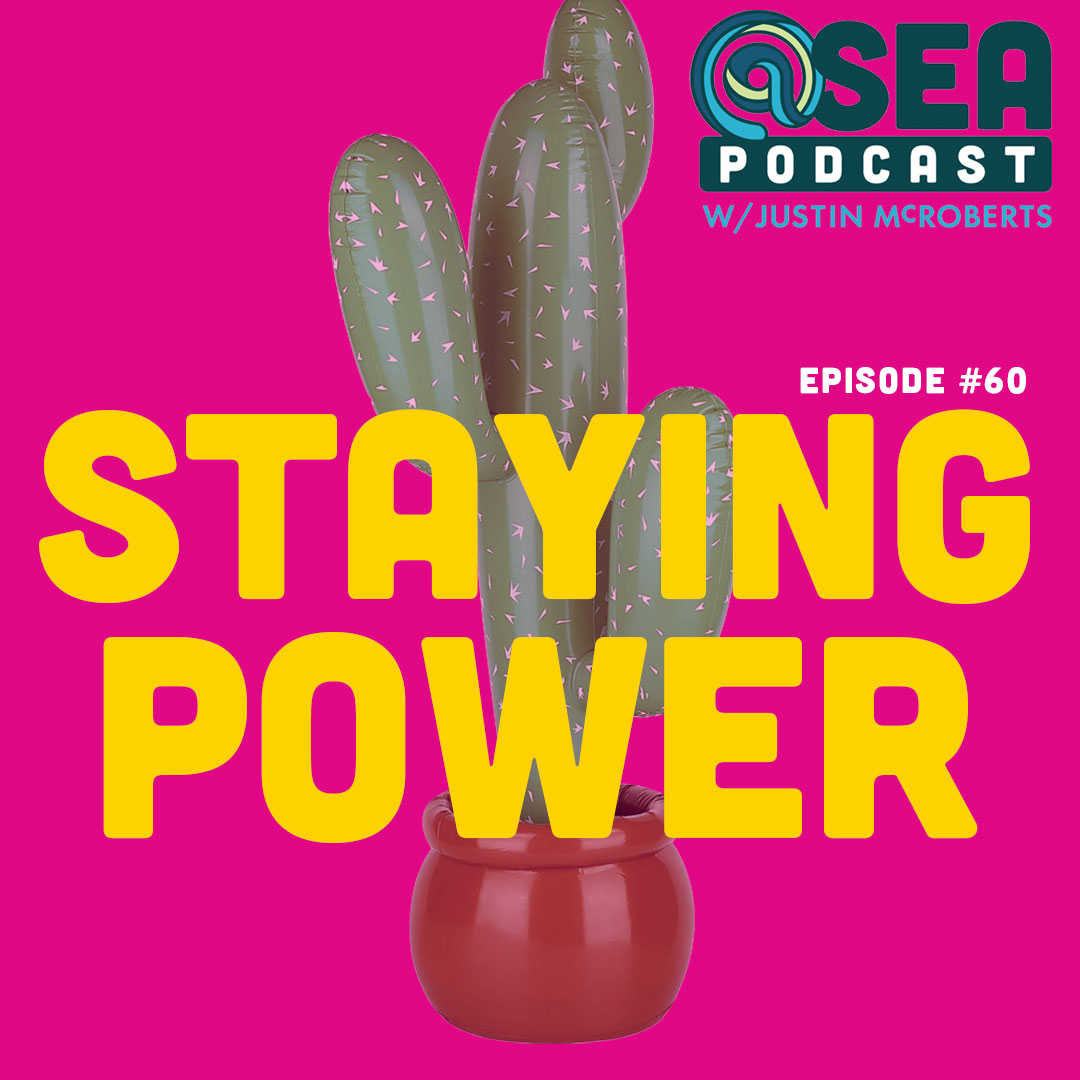 During studio sessions with younger or inexperienced musicians, my dear friend and music producer Masaki Liu would often be asked questions like “What do you think about our chances?” Or “Do you think we can make it?”

And, more often than not, he’d consistently respond with an intentionally cryptic piece of encouragement that went pretty much like this, word-for-word:

“If you keep at it and stick with it, stay together as a band and keep making music, you’re going to be around for a long time.”

The thing is… like just about everyone, including me when I started recording with him, … that young or inexperienced artist or band wasn’t good enough to “make it” right there, right then.

Most of those artists and bands aren’t “around” right now making music. They didn’t make it long-term the way they were dreaming too. And there’s no shame in that: very few do.

And I’m pretty convinced part of that part of why so few are still at it, investing in their chosen discipline years down the line is because it’s so easy to become focused to the point of obsession with early success or shallow metrics like being good enough, right now.

Yes, there is something to be said for having talent for the thing I want to do. But, more substantial than that, the strengths and capacities that are necessary in order to make a career or a relationship or an organization or movement or dream work long-term are only developed over time and in a commitment to my own process of becoming.

Early in my religious training, a lot was made out of what was called “The armor of God.”  In a letter written to new religious converts in Ephesus, The Apostle Paul encourages the Ephesians to put on this armor, as one might do in preparation for battle. He talks about the evil of the world and the dark forces they’ll be up against and prescribes the wearing of:

But not so that they would go out and win battle after battle and conquer the world around them with the fervor of young soldiers.
Instead, Paul prescribes the wearing of this armor (and this is from the letter itself):

“so that when the day of evil comes, you may be able to stand your ground”

At the time of this writing, I’m just a few days away from the release of what will be my 5th book, overall. Entitled “It Is What You Make Of It,” there are stories in the book from the past few years of my work as well as from as long ago as high school and my childhood. The thing that binds together the stories in this book is the perspective and the wisdom I have from where I am. Which is to say, ‘who I am now looking back on who I was’.

I did what Masaki said to do. I stayed. I’m still here. And there simply isn’t a  singular victory or success in the entirety of my career that means as much to me as to say, “I’m still here. I’m still at it. And yes, because I’ve been at it for this long, I am better at what I do now than I’ve ever been at anything I’ve done previously. I am more equipped because I am more of the person I need to be in order to do the work I want to do.”

The day I’m writing this is also the one-year anniversary of the murder of George Floyd. A moment in America’s racial history that opened the door for a great many people to enter into the work of justice and reconciliation, many of them for the first time.

It is a good work.

It is a necessary work.

It is also a difficult work in which victories and accomplishments and benchmarks can seem small, at times insignificant, and far too infrequent.

Which is to say that it is a work that can be deeply exhausting, particularly if I am deriving my energies from achieving the next success required of the work instead of becoming the kind of person who does the work, even in the face of disappointment

See, there was and is a pearl of very practical and lifelong wisdom in Masaki Liu‘s decision to not answer directly the question being asked of him in the studio. If you want to know if you’re good enough right now, I’m not going to answer that question for you. The real question is,…

Will you be here long enough to become the kind of person who does the kind of work you want to do today?