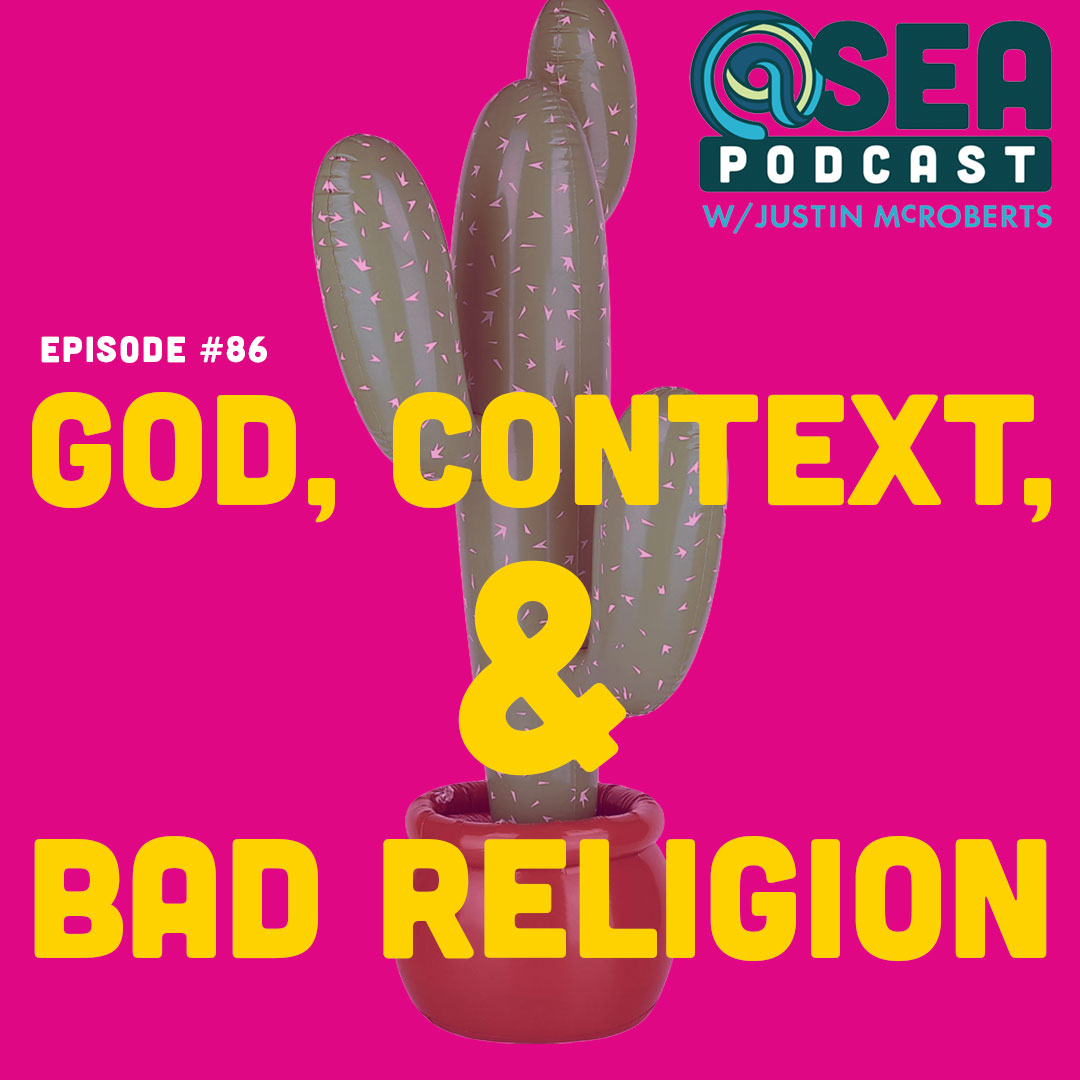 I ran into a friend recently whom I haven’t seen in a while. And at first, I didn’t recognize him. Some of that had to do with the time between meetings. But more of it had to do with context. The last time I saw him was in California in the Sierra Nevada foothills.

This recent meeting was in a town called Goshen, Virginia. He and I were walking into buildings adjacent to one another and caught each other’s eye. Then we did “that thing;” just staring at one another quizzically and awkwardly until he (his name is Mike) said “McRoberts!?”

There were hugs and high fives and that “guy” hug with the clasped palms thing in the middle.

I’m guessing you’ve had a similar moment: seeing someone or something you know well enough but in a context that threw off your expectations.

Them? Here? No.. that can’t be. They belong somewhere else,… right?

Part of what has been exposed in my religious training is that this happens to me, in relationship to God, somewhat regularly. An “encounter” or a moment of clarity is cast into substantial doubt because, .. well. God doesn’t go “here;” God goes to certain places at certain times (and sometimes in certain ways).

This isn’t to say that those places and spaces and times and ways are, in and of themselves, problematic; more so, they become problematic when I try to stuff the entirely of my expectant longing for God into them. They can’t hold that. They break.

What if the spaces and places we call “sacred” were less like consumer packaging and more like training grounds; always pointing beyond themselves and humbly aware of their transience. May it be so that I learn to see The Divine there (goodness, truth, beauty) so that I can recognize Divine love and movement everywhere else… not so that I would know where to go should I desire to find it.

The specific words of specific prayers

The specific genre of music or art

Alexander Schmemann, in his book “For The Life of the world” criticized what he called “the religion of this world,” suggesting that too much of it has called this one, small area of life “sacred” and, in doing so the way we’ve done it, rendered the MAJORITY of the rest of life and the experience of life “plain” or ‘other” or even “bad.”

And if those of us at the helm of contemporary religious machinery are truly honest with ourselves, we have to admit that this is the case, at least in part (if not in large part) because we’ve made it this way. If I am a gatekeeper to your spiritual/religious experience or if something I’ve created is THE place and way you see The Divine, then you need me and you need what I make and I get to keep my job and my power.

This takes me all the way back to the poetic, prophetic challenge issued by the writers of Genesis, who, in the third chapter, expose the core, human temptation to “be like God, knowing good and evil.” It is a temptation, in part, to set the parameters of reality and decide where things should go, including The Divine.

But God is who, what, and how God is, wherever God is.

Just like my friend Mike is Mike, wherever he is.

And getting to know him how and where and when I did should mean that, when I discover him on the other side of the country, I recognize him.. as Mike.