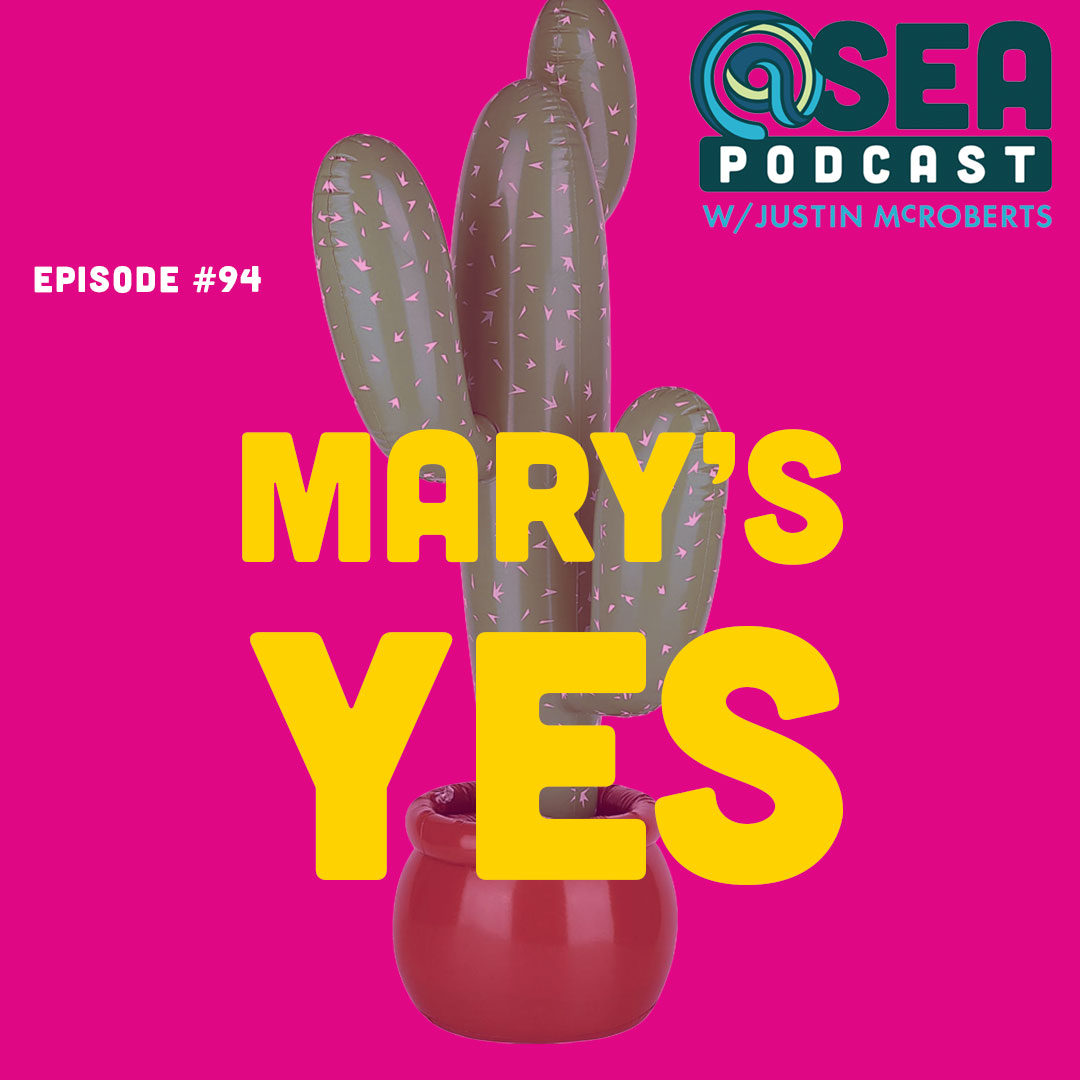 In fact, according to the timeline in those same scriptures, the next time there is anything of significance to be made of th

Because I came into the practice of faith through a distinctly protestant doorway, I didn’t know, early on, what to make of the Catholic of veneration or even emphasis on Mary, the mother of Jesus. The way I’d heard the story told, Mary was almost a bystander to her own pregnancy; a tertiary figure watching the Spirit of God and a few angels conspire to bring Good News to the planet.

Of course, like so many others, the older I’ve gotten and the more I’ve actually wrestled with God as a part of my faith experience, the more I’ve needed models and examples for what faith and faith practice look and feel like in raw human form.

and a guide to me.
What would have happened
if, when I was presented with my own
religious breakthrough moment,

Because she didn’t leap

directly into the story

with enthusiasm and a smile.

at the threshold of Jesus’ tomb years later.
What if I were to have said,
“I don’t want this”
or “I don’t think I’m capable.”

And maybe that’s how faith works?

Or maybe that’s faith, too?
to pause and worry

and question and even doubt.
Maybe it’s like Jesus asking people
to extend their hands
or take up their mats
or wash off their faces
in a certain body of water.
Maybe the acceptance of the gift
actualizes the gift moment.
Maybe receiving the gift

“believed” in God the way

Maybe I’m wrong.
I don’t know.
What I do know
is that Mary said “Yes,”
that it cost her to do so
and that I’m thankful she did.

I’m also thankful she said “yes”
after asking “How will that work?”
I’m thankful faith can look like saying
“That makes no sense to me
but I’m willing to try.”

most of the time;
it looks like ”Ummm… sure… yes…?”
and then sometimes long seasons

of waiting to see
what I said “yes” to

before the thing, she said “yes” to
came to fruition in any way like
the way it was promised.

to this whole faith journey thing

about 30 years ago years now

“How does this work?”
I’m still saying
“that makes no sense to me”

May it be with me as you say.”

I am still thankful,

perhaps now more than ever,

that, every Advent / Christmas season,

I get to pause briefly and remember

that the Story hinges at one point

on the faith and courage of a young woman

of heroes and mythical figures,