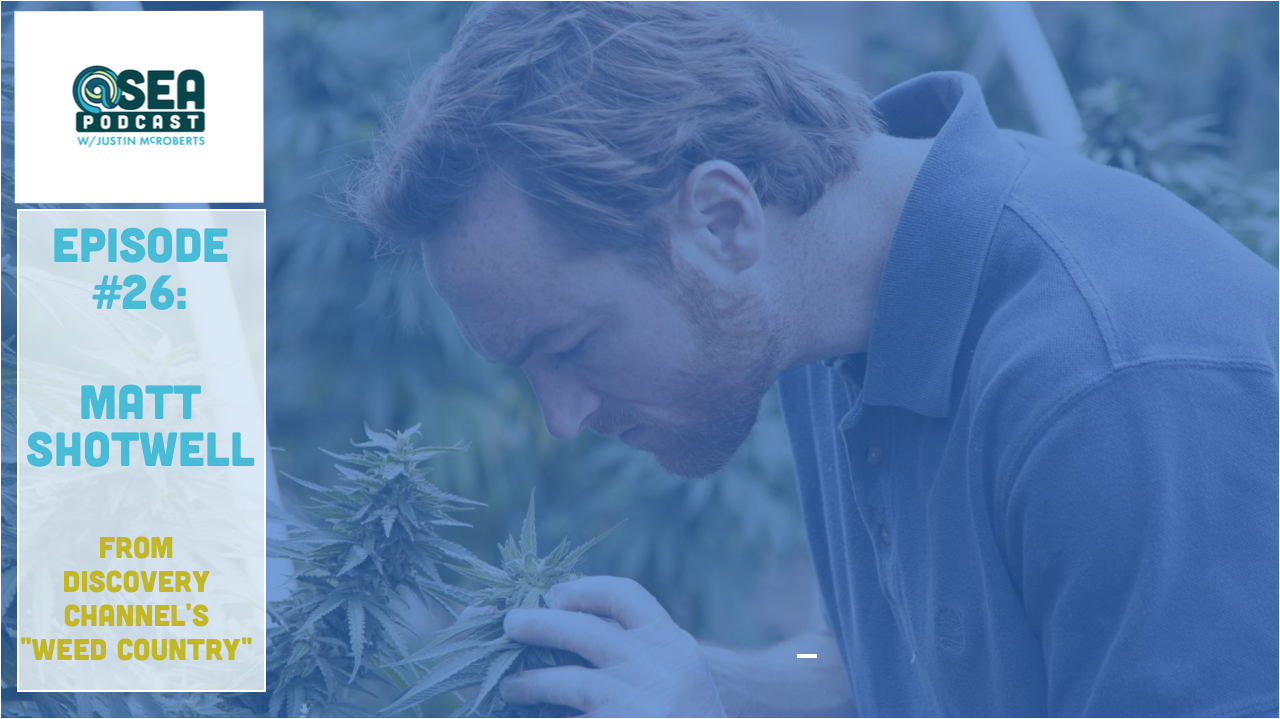 Jan 1 2018 was a landmark day for marijuana legalization in CA. For many, the moment was another stumbling misstep towards even more compromised societal norms. For others, including my guest, it was a hard-fought-for moment emblematic of a culture coming to its senses and embracing a kind of inevitable tide.

Either way, It was a divisive moment, charged with the energy that often comes from social, economic and interpersonal difference. It was a moment I decided this podcast needed to enter into.

My guest, Matt Shotwell, has been in the weed business for over a decade and was featured on Discovery Channel’s reality show “Weed Country.” He’s also a son to his parents, brother to his siblings, an adoptive parent to a piranha named Brittany,  a person of faith and a long-time friend of mine.

As I’ve said in the lead-in to other podcast episodes, I’ll issue fair warning to listeners for whom traditionally foul language is a problem. You’ll find a bit of it during this conversation. I’ll also add to that warning an equally fair challenge: that if I’m sincerely interested in someone else story, I don’t get to decide how they tell it.