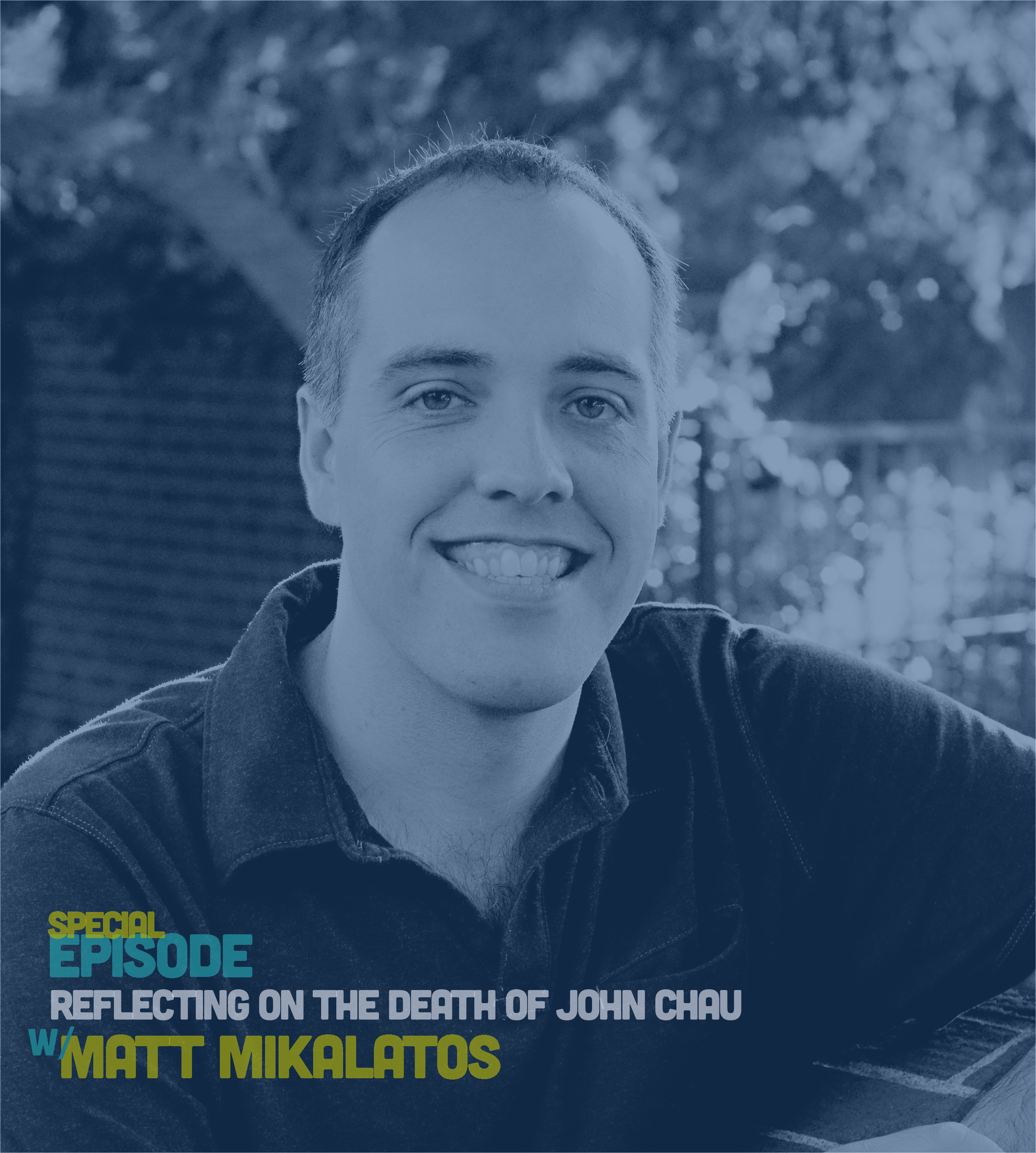 Earlier this month, John Allen Chau was killed by members of one of the most isolated peoples on earth. According to his own journal, Chau was committed to sharing what he knew of Jesus with the Sentinelese people…  and even after being forcefully deterred several times prior, returned the island of North Sentinel on Nov 14, in some form of faith and hope that he would be received, along with his message.
He wasn’t.
This part of Chau’s story touches on and highlights themes that have moved their way close to the center several conversations on this podcast.
And most pertinent to this moment…
It was because so many of these things seemed to collide in this story that I moved the podcast calendar around a bit to make room for this episode.
My guest is Matt Mikalatos. Along with being a clever, thoughtful and oftentimes poignant author, he’s a fantastic guide in conversation online and off (find him on Facebook, specifically). He has also worked for years in an organization that trains and sends out missionaries not online John Chau.
I think you’ll find Matt helpful, challenging, confounding and stirring. I plan to and promise to have him back as a guest to talk about his own work.
But for now, listen in on our conversation about a moment I think highlights a good number of the issues and realties facing American religious and spiritual practice.
Check it out.