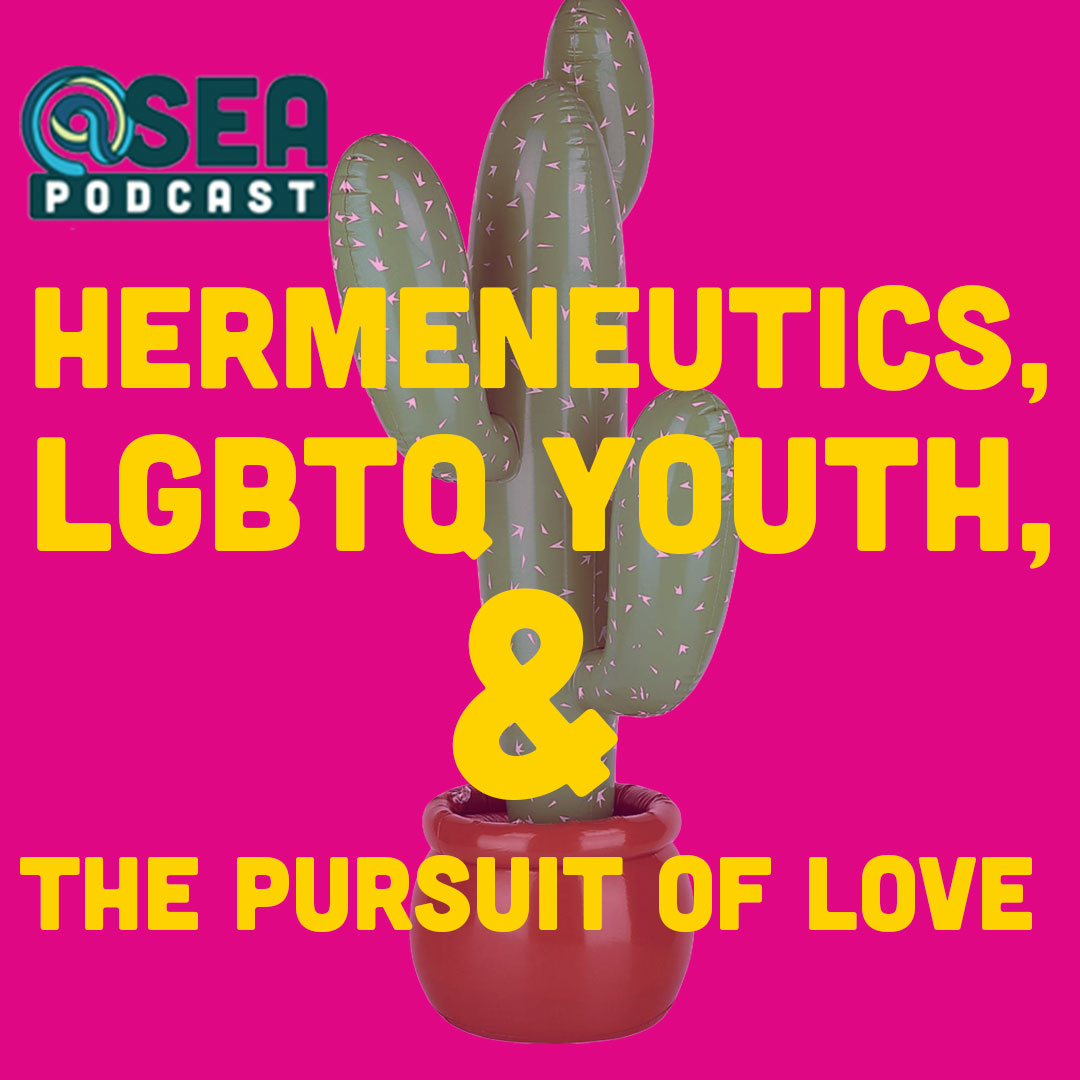 I remember being in a conversation, I think it was my Junior year of college, in which I was fully introduced to the term “hermeneutics.” I’d been familiar with “interpretation” before but the idea that there was a field of study based on the interpretive potters of readers was fascinating to me. It actually gave me a bit of altitude in understanding and appreciating the differences I was running into among people, specifically around religious ideas.

The conversation was set up around a presentation we’d just heard by a Grad Student, who had written a paper on what she called “A Feminist Hermeneutic.” During our talk, one of my fellow classmates communicated his discomfort with the presenter’s angle, at one point saying “if you read the Bible, or anything, through a ‘feminist lens’ all you’ll end up with is feminism and not the Bible or whatever else you’re reading.”

For a while, that thought stuck around and controlled the conversation as we talked about how important it was to read “great works” clearly and well.

Then, our professor, who had mostly been quiet, asked “where did you get your interpretation?”

The room fell silent. Literally, nobody had thought about it; the lot of us was quietly and unknowingly not only favoring our interpretive angle but not even seeing it as an angle.

Now, for anyone who isn’t white or male, that encounter might not seem all that revelatory. But for us, mostly white men in that room, we’d not considered that our take on things was interpretive; we had assumed we were the baseline…

Now, it’s both worth noting and it is unsurprising that the process of seeing my perspective and experience as one among many has been ongoing, at times uncomfortable and, more than anything, deeply enriching. Far from diminishing my understanding of Truth, recognizing my own hermeneutic(s) has come with far more mature and humbler respect for Divine truth, Scientific Fact, and Human the human experience of Reality.

Holding my interpretations and perspectives more loosely has meant freedom.

Which is part of why I’ve found the brick wall and friction that so often characterizes conversations about homosexuality or queerness and religion so… sad.

At least some (if not a large part) of what is at hand in religious disagreement about human sexuality is a matter of hermeneutics; it is, in large part, an interpretive difference. And I’ll risk sounding naive here by saying that, while I certainly understand that some interpretive disagreements are more serious because some matters are more serious, I’m … flat out heartbroken by the ways this particular hermeneutic, theological and philosophical conversation ends relationships, personally and institutionally.

And I’m not here to say “can’t we all just get along?” No, I want to say something else, entirely.

During the second half of that  conversation my Junior year, the half led by our professor, he reminded us that the name of the course we were in was “Philosophy.” Which literally means “the love of wisdom.” He challenged us to note that what we were doing wasn’t philosophy at all. And while I wouldn’t have named it at the time, I can now: we weren’t pushing wisdom out of love, we were pursuing control by way of knowledge.

We wanted to decide who gets in and who stays out, not just according to the articulation of their knowledge base, but according to whether or not their existing knowledge matched our own.

That’s a power struggle and has nothing to do with either wisdom or love.

If I am truly to pursue wisdom, I don’t get to decide who else joins the chase.

How much more is that the case If I am truly to seek God.

And again, I’ll risk sounding simple-minded here: I sincerely wonder if the chaos and division and impassability of this space isn’t predominately because of a lack of sincere love between those arguing or conversing. I wonder if, as the Scriptures themselves warn against, too many of us are too full and puffed up with the knowledge that we lack room in us for the Love that would make our knowledge worth having at all.

Earlier this year, rapper Propaganda released a song in which is written:

“We ain’t gotta be enemies but I got non-negotiables

And boy do I resonate with that.

Not all interpretations are equal and not all ideas are equal.

But the people who hold those ideas and hold to these interpretations… are. And that is a thing far more vital than my rightness and far more weighty than my knowledge.

Suicide rates among LGBTQ teens in religious settings is statistically and significantly higher. And while there are many ways to interpret that data, here’s a thing I’m comfortable saying: it matters more that kids are made to feel less safe and valuable in religious settings than it matters that my religious interpretations are on point. So, forgive me for projecting a bit here. But if that’s not the place we’re starting from, then it’s no wonder we seem to be getting nowhere.

So, I honestly don’t fully grasp why it is that, among the religious, we are so willing to delegitimize and dehumanize whole people (and whole people groups) in order to make room for our interpretive conclusions but I’m worn out by that sacrifice and wonder if God might be as well.