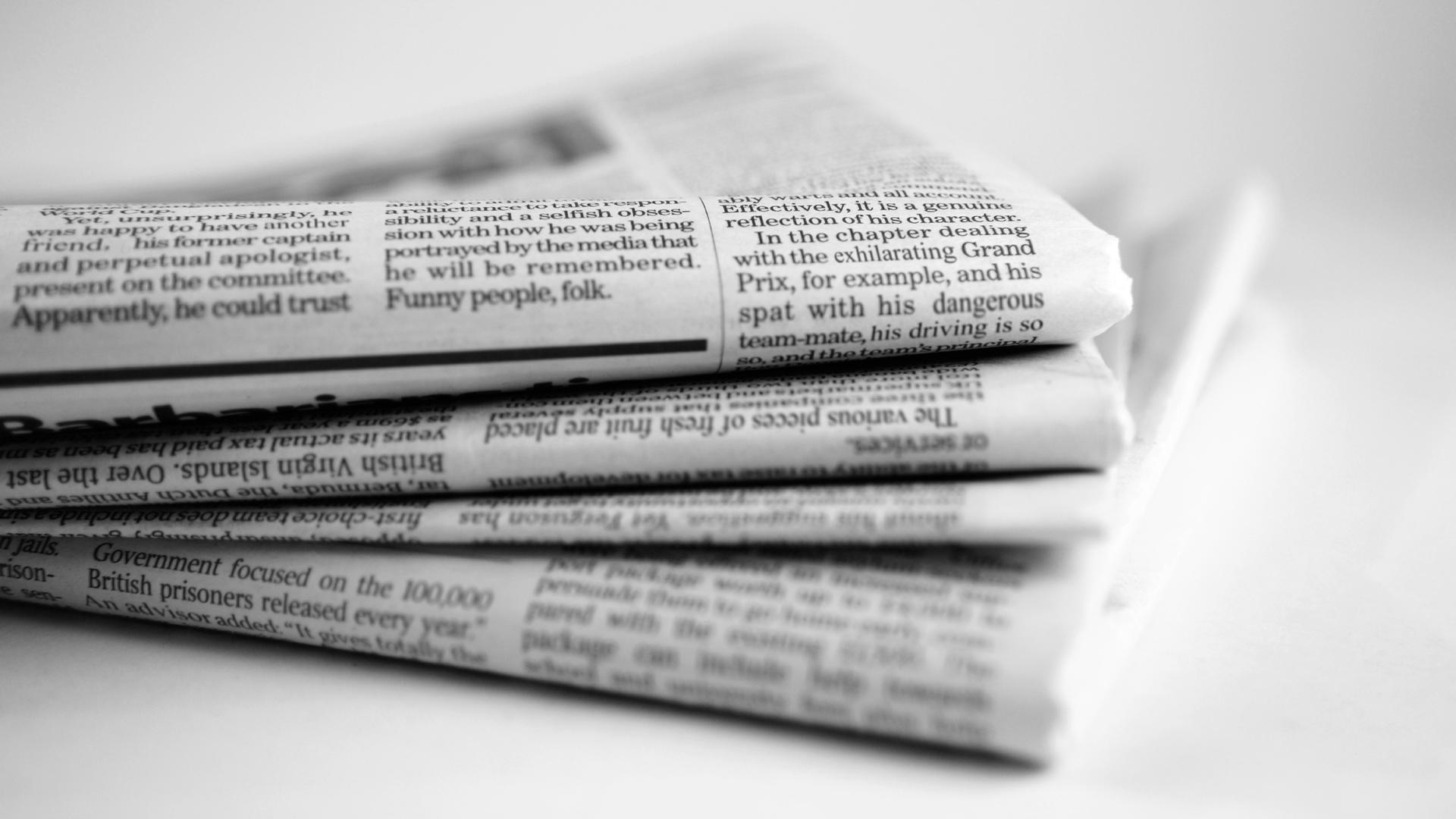 The media is biased.

Now, let’s put aside the more nuanced reality that there is no “Media” in the sense that there is no singular, monolithic “MediaBeast” that can effectively, collectively or helpfully be critiqued. Let’s agree that there are, instead, thousands (maybe tens of thousands?) of news outlets and platforms, each rooted in and sifting information through its own, preferred filter. And then let’s also agree that the women and men who write, edit, produce and deliver “The News” on and through these outlets are biased.

I am also biased. In fact, it is my bias that leads me to watch, listen to or read the news. Now, I’m not just saying that, because of my particular set of biases, I might gravitate towards a particular source for news. That’s certainly true. But I’m taking a step back and suggesting that my biases lead me to hunt down information in general. You see, before I pick and choose between news sources, I have already decided what information is news-worthy. Before I’ve decided how I want the news delivered, I’ve decided which stories, ideas and even which people are important to me… and that is a matter of bias.

I might think economics is a fundamental human reality or I might want to track celebrity lives and relationships. I might feel really connected to the Iraqi effort to chase ISIS out of Mosul or I might feel really connected to the ups and downs of the Dow Jones and NASDAQ. Each of these things is an expression of my bias. Add to that, of course, that I naturally gravitate toward news sources whose angles on information more closely aligns with my own angle.

And this is where the critique often comes in:

“News outlets don’t tell the whole story!” I might say. And in saying this, I’m really saying “They aren’t telling the story I’d like them to tell!”

Or, I might say “News outlets are telling this story to favor one party in itI” And in saying this, I’m really saying “They aren’t favoring the party I’d like them to favor.”

In either case, I’m basically saying that my chosen media outlet isn’t serving me what I came for. And that moment has more in it for me than I used to think. Here’s what I’ve come to see, at least in me:

First, I’ve come to believe that it is not the job of “The Media” to keep me informed. That responsibility is mine. And let’s be honest… with the nearly endless multitude of sources, each rooted in its own bias, I can hunt down almost any bit of information I want, coming from just about any angle I prefer. Complaining about “media bias” weighing down my pursuit of truth is like complaining a bout the choices in the cereal aisle. If I’m not happy with what’s in front of me, I can just take any number of steps to the left or right and pull down whatever healthy or unhealthy breakfast I want.

Second (and more vital), my problem with “media bias” doesn’t really have to do with what they’re feeding me. Instead, my problem with “bias in the news” more often has to do with you.  Because I might not like how you see the world and I don’t want you to have informational or narrative support for your perspective. More than that, I might flat out despise your preferences and biases and I might feel threatened by your conclusions. See, I don’t think the existence of bias is a primary social problem. I think bias is an inescapable condition of human behavior.

You see things differently. You want different things. You have different plans and different dreams. And I don’t like any of it. I don’t understand why someone would see what you see and want what you want and do what you do.  Which is to say that my problem is that I lack of empathy.

Empathy (ˈempəTHē): The ability to understand and share the feelings of others

What I’ve come to understand is that I simply can’t expect you to see the world the way I do. Similarly, I simply should not expect you to change your mind about everything we disagree on. But I certainly ought to expect myself to see you as more than your ideas. I should expect myself to have empathy. And that I lack it makes having varying opinions seem like a dead end to our common flourishing.

What if, instead of just being flabbergasted that you could vote for X or Y, I honestly and diligently worked to understand why you would. What if, instead of being enraged that you could listen to and trust Z, I asked you about it, over and over until I gained some semblance of an understanding for your feelings and perspective. And in the event I’m not in a position to sincerely dig into your motives and back-story, then I’m also in no position to hate you…

I don’t want to say “I hate you.” Because doing so would expose me as a hateful person who has ceased to see you as my neighbor and allowed you to become my enemy.  Letting myself say “I hate you” would remind me that, as the Desert Mothers and Fathers of the Christian tradition so painstakingly pointed out, my greatest foe is not some foreign ideology or external threat; my greatest foe is my own, compromised and mislead Self.

Or, perhaps in a more transparent moment, I say “I hate the media.” Because saying that lets me make things about someone that isn’t me or you. I de-personalize it. I get to pin the whole thing on the impersonal, monolithic MediaBeast.

But… there is no monolithic beast…
and my problem isn’t “The Media.”
Nor is my problem bias.
When I’m honest,…
I know that the problem is between you and me…
and that this is personal.

Which forces me to say that you are a person. I have to acknowledge that you are not an embodiment of your socio-political and religious thought. Your ideology is rooted in who you are as a complex and beloved human. Your humanity is expressed in a set of biases that, if I were to ask you about them, might lead me to a fuller understanding of why you see the world the way you do…  and I might develop (and choose) an empathy for you. And in that kind of relationship, you and I might also have the blessed and rare opportunity to help each other see differently.  Maybe we could even watch the news together and talk about it.
—

(NOTE: Yes, some ideas are dangerous. But some of the people in the gravest danger of bad ideas are the people that possess them. So if I don’t love the people holding what I deem as “bad ideas,” I believe I’ve surrendered the high-ground entirely.)