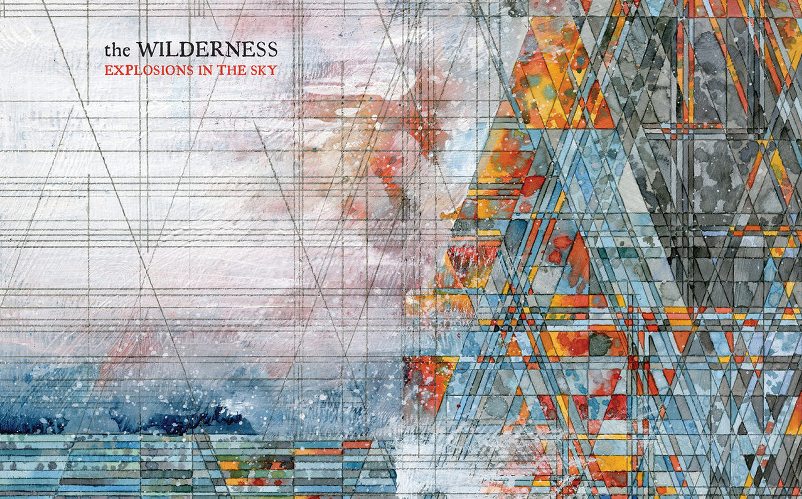 I’ve been enjoying “The Wilderness,” the newest Explosions In The Sky project. I’ve liked a lot of what they’ve done in the past but, to be honest, always found bands like This Will Destroy You or Hammock more interesting. Until now, that is. If you’re a fan of ambient music at all, “Wilderness” is definitely worth your time and probably your money.

1. Drum Work.
I love the tonal choice made to dirty up the drums as well as the execution (some of the beats are really slick). But more than anything I am so pleased with where the drums sit in the mix for most of the record. They’re far more present; closer to front and center, allowing guitar and synth work to find a place within the song rather than driving it.

2. Electronic Elements.
This is still rock record, for sure. But the use of synth sounds throughout each track deepen the album for me. A particular keys/synth-driven moment during “Logic of a Dream” (about 0:54 in) had me thinking about Hanz Zimmer and his use of organ for the Interstellar soundtrack. It is one of those “I wouldn’t have chosen this… but boy does it work!” moments.
THINGS I GENERALLY LIKE
1. Better Songs

None of these songs feels like its trying to be anthemic.  There aren’t as many peaks and valleys in each song or in the album over all. The album feels more even, less anxious. Im a word, it feels more mature. In that light, my favorite track on the album is Losing the Light. It’s a song that could “go somewhere” emotionally, but instead finds itself early and stays there.

2. Collaboration.
To the best of my knowledge, EITS doesn’t generally work with outside producers. I’m so glad they did here.  While I’d bet most folks will recognize John Congleton’s name from his work with St. Vincent, his touch on this project feels more reminiscent to his work with Modest Mouse, particularly in the way each song’s primary element takes up a space of its own rather than competes for center stage (as has been a complaint of mine with other EITS recordings).

The thing I dig most about the project is the spirit (and practice) of reinvention. While it is not at all a full-blown departure from previous EITS projects, it certainly feels and sounds new. But that’s part of maturing.

The most scathing review of an album I’ve ever read was an iTunes review featuring the phrase “He could do anything he wanted to do and his people would follow him.. but instead, he just went back to the same basic formulas that got him here.” The review went on to use words like “safe,” “boring” and “predictable.”

There are two risks that show up at the beginning of every new project. The one risk is to grow, change and experiment, hoping your tribe will “get it” and go with you. The other risk is to sit still and just do what has worked up till now, hoping folks are happy enough that you’re around to notice you’ve stopped trying.

EITS is trying. And they’re succeeding.