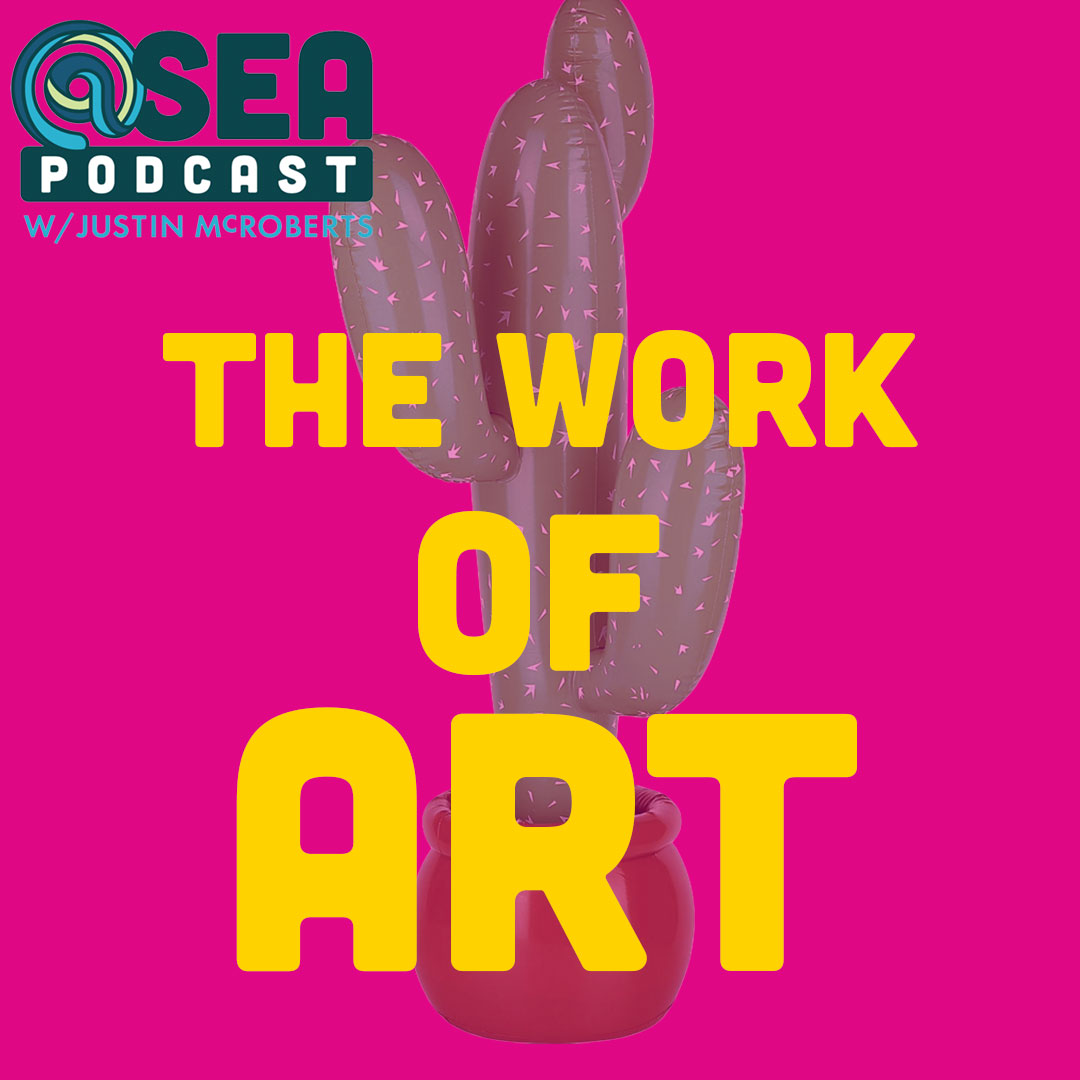 I remember sitting on the edge of a hotel bed, sorting through line after line of a ledger to figure out if the tour manager had missed paying me, two weeks prior, the $55 per night I was promised.

At that point, Frank Tate, who owned the label I was on and whose band was headlining the tour AND who I’d struck the $55/night deal, pulled some cash out of his wallet at said  “Okay. Here’s $55. Let’s get back to work now.”

As we left the hotel room, I sidled up to Frank, thinking he’d taken my side against the faulty memory of our tour manager. “Thanks for your help in there.”

But he hadn’t taken my side.

At least not the way I wanted him to.

“I gave you the money because I didn’t care. You shouldn’t, either. You should be thankful you get to do this.”

It was the push I needed.

I was the weakest part of that tour. Easily.
But not even that was Frank’s point.

Frank was wanting me to love the work more than I loved the results of the work.
He knew I’d be around longer if I did.

If you’ve read “It Is What You Make Of It,” you’ll know there are even more stories about Frank Tate’s influence on the way I see my life and work and the relationship between.

Years later, my experience and reflection on the love of work resulted in an analogy I used in my 2nd book, which I called Title Pending

In that book, I recall a memory about, my son in which we went hiking. We left the place we lived and drove about 15 miles across the way to Mount Diablo. On the drive over, my son was really excited to get to the mountain. But as we got closer to the mountain, the houses in front of the mountain blocked his view.  Once we were there on the trail and hiking up the mountain, you couldn’t see the mountain at all. My son got confused and “Where did the mountain go?”

So, with books, it doesn’t look like 175 – 200 pages of printed text, it looks like 4 AM wake-ups and long slogs on the keyboard with a blank page in front of me. In music, it looks like a bad song after a bad song with lyrics that don’t pair and a melody that just doesn’t seem to make sense (until finally, it does). In a relationship, it looks like arguments and therapy and other friends helping out.

The work of life is the thing I need to fall in love with in order to love the life I’m living.

And one of the great gifts artists can offer the world is to stick around long enough to become disillusioned with “success” the way they were chasing it, fall in love with the process. Talk about their process. Share their process so that, when we’re in the midst of our own slog or in the midst of our own work, we look around our own lives and are not just inspired by the success and by the beauty and by the accomplishment of that artist, we are challenged and informed by the way they got there.

That’s one of the things that makes it art.