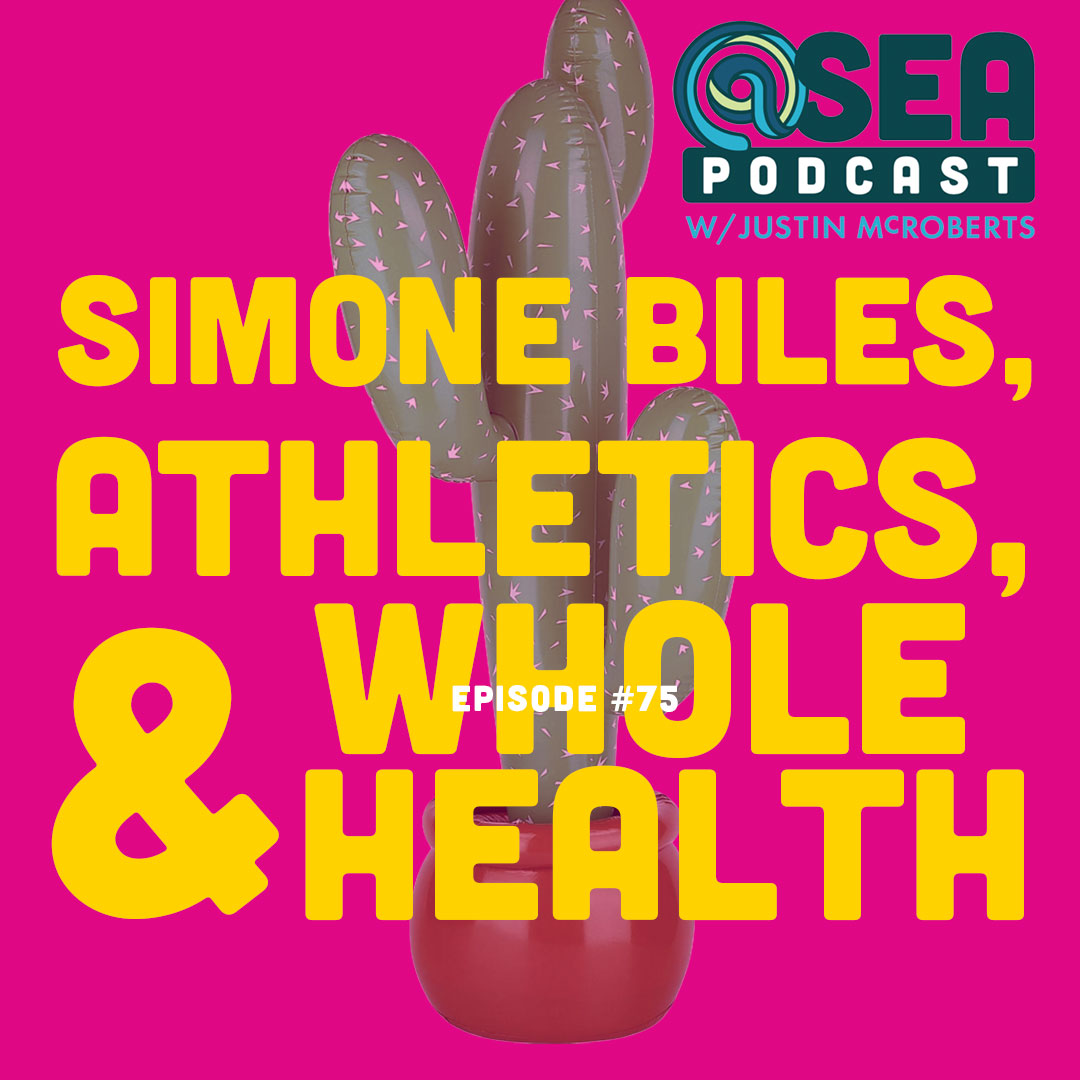 A number of religious traditions call it “sin.”

But regardless of the name folks apply to it, it seems to me that we generally share, cross-culturally and throughout history, a sense and a lament that things don’t work out perfectly; that things fall apart and that plans don’t always go in order.

In that light, part of what that means in my personal history is that planning for success means planning for (or at the very least be prepared for) things not going well.

Now before you hear me preaching an “it is what it is” message, counter to the heart of my most recent book effort, I promise you that’s not what I’m saying. Instead, I’d suggest that the anticipation of obstacles and missteps sets me up to see those moments differently; that even my missteps and failed attempts can be elements of my creative process.

What do I do with the moment things go … wrong?

This week, gymnastics legend Simone Biles pulled out of events in the Olympics, setting off a series of reflections and discussions (including this one) about mental health, sports ethics, performance patterns, rising to the challenge, and public responsibility.

There are moments when the best of us, in us or about isn’t available for our “greatest opportunities.” Things don’t always work optimally in optimal situations.

In my reading, it’s not what Simone Biles was up against (internally and externally), it’s what she did with that moment, both professionally and publicly, that makes this the moment it is.  She chose her health over performance and then told the world. And in so doing, I’d suggest that she moved the goal post regarding what “greatness” can look like for a Legendary athlete.

In 2020, the American Medical Society for Sports Medicine published a short study about the detection, treatment, and prevention of mental health issues in competitive athletes. Along with more recognizable factors like “perfectionism,” the study delves into what is known as “Athlete Identity,” which is the degree to which someone views themselves within the athletic role and looks to others for confirmation of that role.

In short, an unhealthy dependence of an individual on their success in that one area of life comes at the cost of overall health. And we hear that put really simply by athletes like Simone Biles when she says, just hours after pulling herself from competition on the global stage, “There’s more to life than athletics.”

Or why, in response to Simone Biles’s story, we hear Michael Phelps, a legend in his own right and time, say “We’re human beings. Nobody is perfect. It’s okay not to be okay.”

See,.. what if it’s harder to be a whole and healthy human being than it is to be great at any particular thing? What if Simone Biles actually took a step towards whole human goodness by removing herself from the metrics that confirm her greatness as an “Athlete?”

In 2009, David Bazan released one of my favorite songs, entitled “Hard To Be.” A somewhat tongue-in-cheek examination of the Biblical notion of sin, David walks through some of the odder explanations and justifications for the fact that life is hard; that things fall apart, and that people get hurt.

Then, he daftly returns, in the chorus to the very simple, fundamental truth that

It’s hard to be

A decent human being.

And let that make us fans of one another. That, just as we pause the celebrate Simone Biles’s remarkable and unparalleled talent,  we’d pause to cheer on our neighbors and roommates as they pursue wholeness and health and the full life God desires for beloved ones around us. As hard as it might be to achieve the things that make one an Olympic champion in a season of life, it just might be harder to live healthily, well, and wholly over the course of a lifetime.