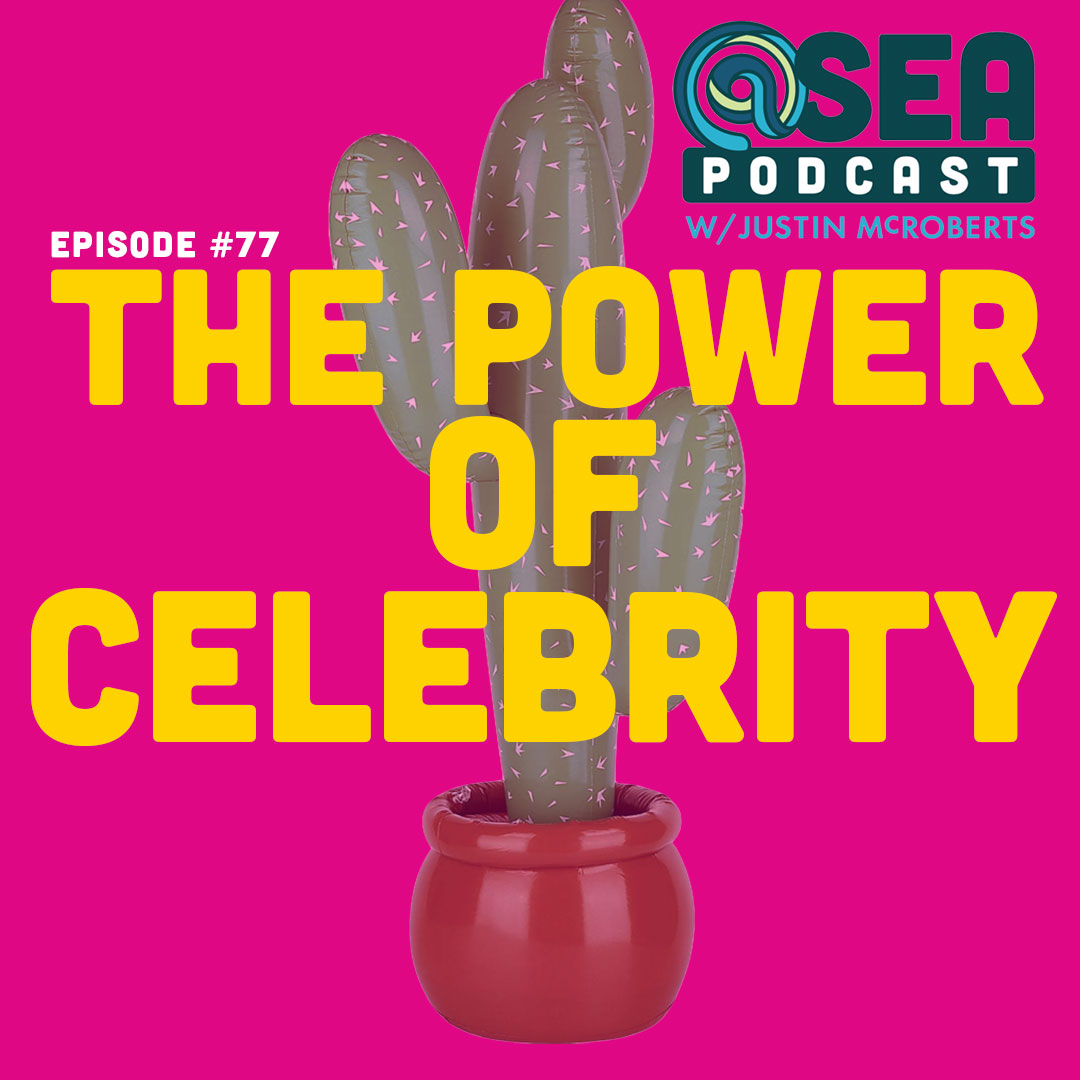 The way I hear it used, the word “celebrity” almost always comes with a tinge of disdain. In fact, I was recently interviewing a band about their relatively wild public success and used the word “celebrity” to ask a question about how it felt to have the kind of influence they’d garnered. Boy oh boy did they distance themselves from that word. They wanted nothing to do with it. Not one bit.

“I really don’t think that word describes what we do.”

Or just flat out “I don’t like that word.”

The lead singer of the band then went on to be very clear that there were just “normal people” with normal lives who make music; That the celebrity aspect of things caused a gap between them and their audience they didn’t want. “We go through all the same things y’all go through.”

I do understand that.
I also resonate with it.

At the same time (and you can feel this part coming), I struggle with making simple what I think is a slightly more nuanced reality.

See, just about 3 hrs after I wrapped that interview with them, that band got on microphones that amplified their voices over hundreds of feet from the smoke-and-light drenched stage they stood on; a stage that was 8 feet off the ground, literally holding them up above the people who had paid to see them.
See, I don’t have any problem at all with that band being on stage with lights and smoke or that people pay to see them. I think all that makes some sense because they’ve committed to their artwork, it has connected with and made a difference to a lot of people.

Which makes me wonder if the actual moral dilemma good-hearted people have with the word or concept of “Celebrity” is that it’s a way to talk about power; I wonder if it’s the power we’re sometimes afraid of having.. or at least the power we’re afraid other people see us have.

I remember being pointed towards James Baldwin’s work by black activist friends here in the Bay Area and being pretty surprised to find clip after clip of him on Television programs in the late 1960s. And not just his appearance on PBS programs but on celebrity-heavy programs like the Dick Cavett show, which preceded Johnny Carson’s show, which set the tone for Jay Lenno, David Letterman and pretty much any Late Night show you and I have ever seen.

Part of why I found it surprising is not only because Baldwin was a black man in the 1960s but that he was also gay. And publicly so. In each of his TV appliances, James Baldwin is confident and clear; resolved and unshakeable, even in the face of at times direct challenges to his philosophy, his intellect, and (as a gay, black man) his right to even exist.
He wielded the power of the position he was handed by PBS and Dick Cavett without a hint of the hesitation I saw in that band I mentioned earlier.
And I won’t pretend to know Baldwin’s mind here… but… I do wonder a few things;
I wonder if he found the work he was up to vital enough that he was willing to bypass the emotional crisis his opportunities presented. And/or I wonder if he simply wanted the power of the positions he was granted because he trusted himself to wield it well.

Which is to say, I wonder if he didn’t worry much at all about being a “celebrity” or being seen as one because he knew what he was up to, knew it was important and knew he’d do it wisely, lovingly, and well.

Before that band I was talking with left the stage from our interview, several audience members asked questions about their lives and practices; looking for inspiration or help or clairvoyant for their own lives and practices. A few even shared about ways the band’s work had deeply changed a moment or even a whole season in life.

The way I saw it, while this band didn’t like the word “celebrity,” they had been wielding the specific power the word describes well enough to make that room of people feel loved; and probably many other rooms just like it.

The real question becomes, then, the same question anyone has to answer when offered power in another life: What will you do with the power that position offers you?
I wonder if saying “I don’t want it” is an expression of fear rather than humility.
I wonder if pretending you’re a “normal” person and “just like everyone else” when you’re handed a microphone and given access to the consciousness and wills and emotions of hundreds or thousands or even millions of people is a quiet way to excuse oneself from the responsibility of the position you’ve either earned or been handed.

When it comes to the power of Celebrity, I get that it can be a terrifying thing. But insofar as it is a cultural and anthropological reality, I don’t think you have to not want that power to be responsible for it.