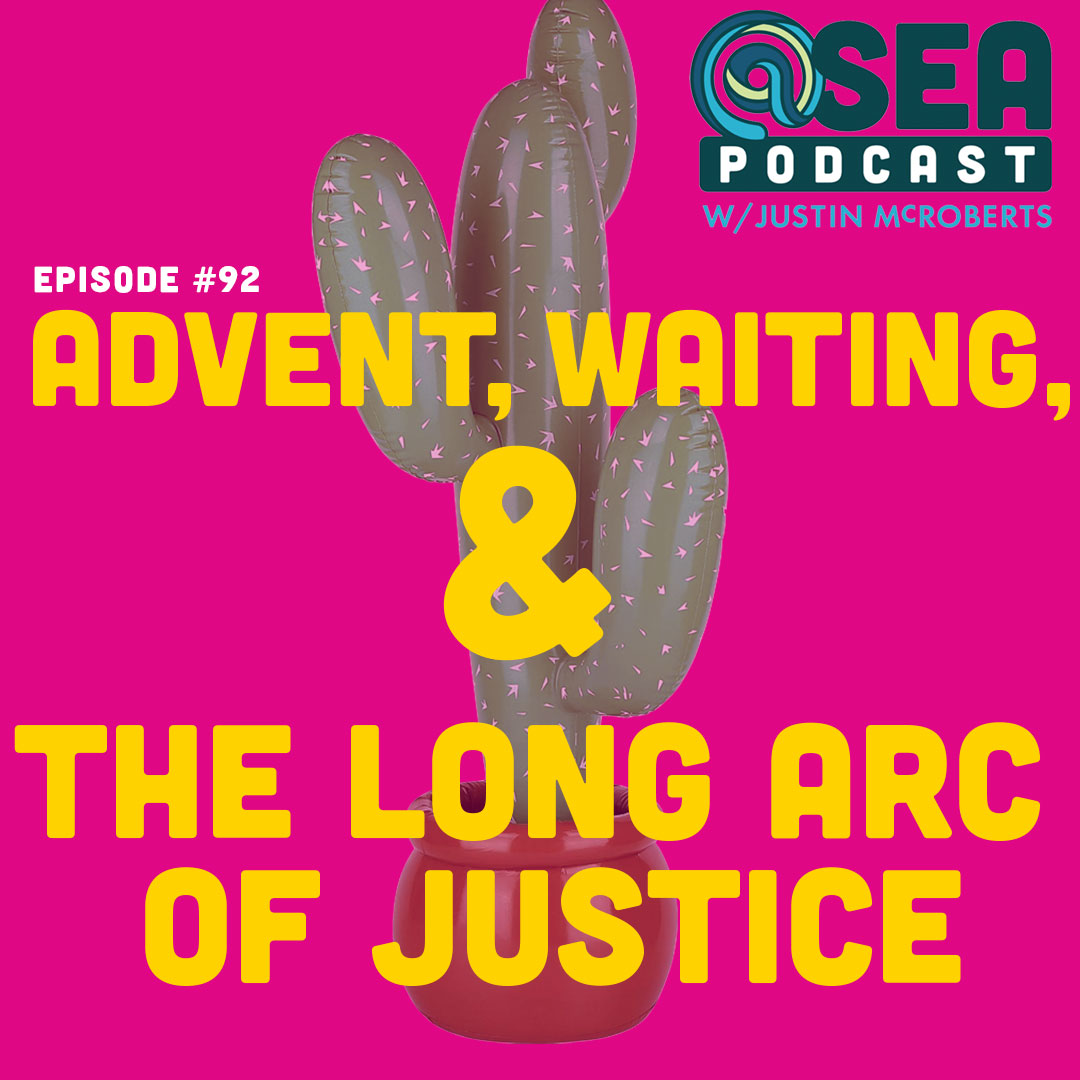 Near the heart of the Christmas / Advent Story is the expectation that God is going to offer a gift. The head-fake in this Bible story is that, when those waiting come upon and/or are given that gift, it’s just a baby. And I know folks have surrounded Jesus’ birth with all kinds of magic imagery, sparkles, and theme music since then. But for people who had been waiting for some kind of momentous, earth-shattering socio-cultural and political sign of change, that had to be at least somewhat confusing and disappointing. If this was the gift, it meant having to wait. again.

In fact, according to the timeline in those same scriptures, the next time there is anything of significance to be made of the life of Jesus, it’s 30 years later.

And then, after 3 years of work with a small community, Jesus is arrested and those following him have to wait. again.

And then he is murdered by the State (at the behest of religious power) and those following him have to wait. again.

In fact, I think that waiting, as a practice in and of itself, changes me so that I want differently (and better). Sometimes, even if the thing I’ve waited for is exactly what I expected it to be, by the time I come upon it or possess it, I’ve changed.

Over time, my hopes and desires have changed. I try not to expect particular results or gifts or moments. Instead, I hope that my will is refined and changed. That, through my waiting, I can want differently and want more and want better.

The spiritual process/journey isn’t about grasping God or attaining personal greatness or holiness the way I’d grasp/attain an item at a Walmart; it’s about becoming. The tension and disappointment and patience necessary for waiting shapes me into someone who wants differently wants more and wants better; so that, in the pursuit of better things, I grow. again.

That process is often measured by social, creative, or political works. Which can be very helpful but also very discouraging or even disorienting. The American Civil Rights movement, for the most part, took place in the 1960s. This means folks have been waiting for six full decades to see some of the truths spoken and celebrated then come to fruition – and many have yet to do so.

Part of what that waiting does is, yes, help form those waiting into the kinds of people who can build and maintain a more just society. It also exposes that many among us are simply not ready. And that realization can be very sad.

During one of the speeches that defined that civil rights era, Dr. Promised that “We shall overcome because the arc of the moral universe is long but it bends toward justice.”
Many years later, writer and journalist Summer Brennan tweeted “The moral arc of the universe will only bend (toward justice) if enough people grab hold of it and pull as hard as they can.“

I think both things are true. This means, that along with continuing to do the kind of work Dominique Dubois Gillard is doing, we also keep waiting.