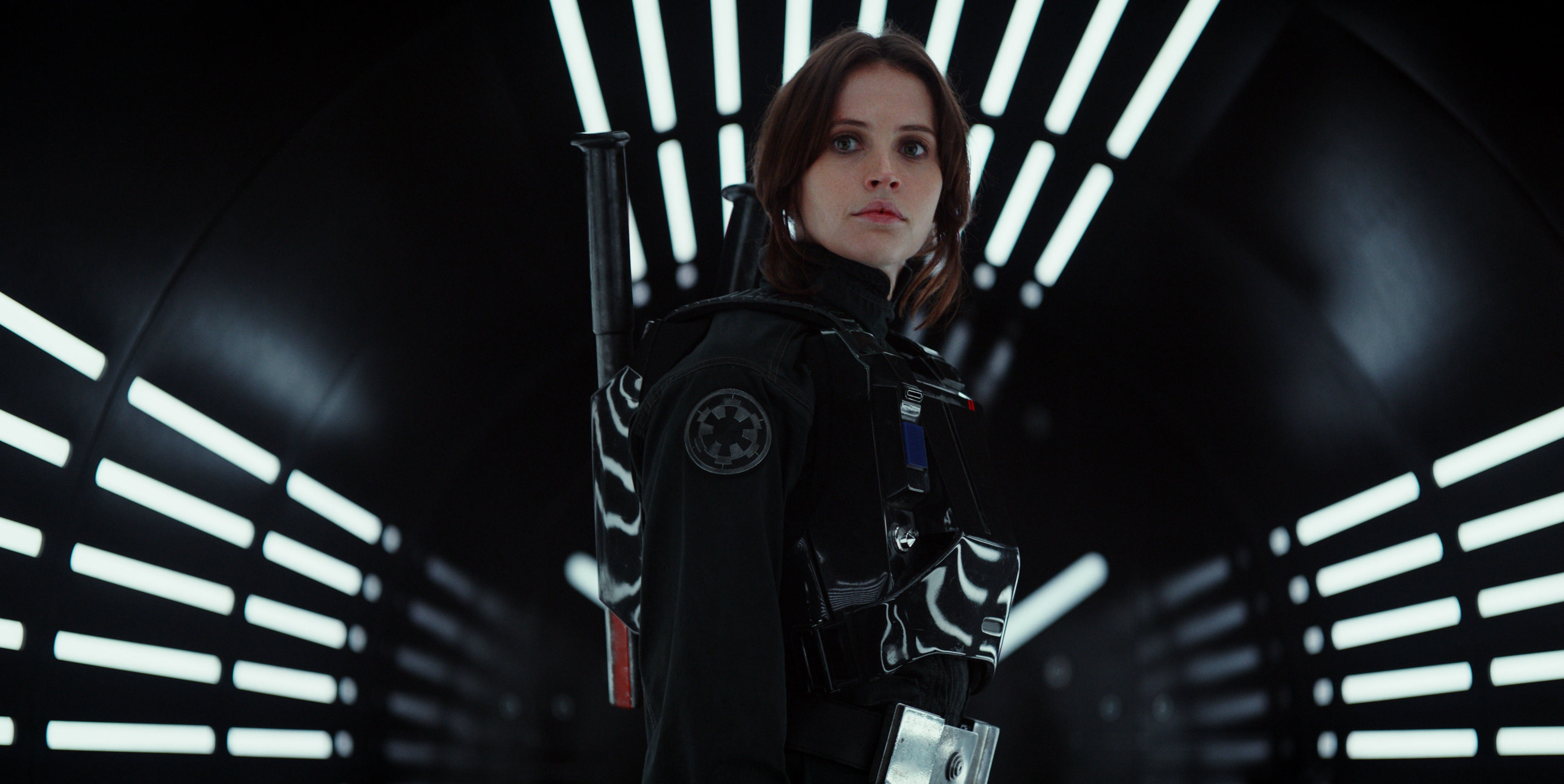 Rogue One SPOILERS AHEAD…. proceed with caution…

As I said with Episode VII, I don’t know if it is possible to underplay the difficulty of making a Star Wars film. The expectations are high and the emotional connection is so deep. With Rogue One, we can add to that the foreknowledge an audience has of the ending! For director Gareth Edwards and his team, that meant this had to be entirely about details and characters development. Here are a few of my thoughts on the details and characters I loved about Rogue One:

Felicity Jones Is Very Good –
Not only did I feel like she carried the emotional conflict of the character, I believed her physicality. While she certainly isn’t as charming as Daisy Ridley playing Rey, Felicity Jones’ Jyn is heroic without sacrificing complexity.

Donnie Yen!!! –
Donnie Yen fills the potential void in a Star Wars film without Jedi. Early viewers are saying they didn’t need light sabers and mind tricks in order to love the film.  I agree. And I think that’s not only because this is a more traditional war movie with plenty of battles and explosions but also because Donnie Yen’s fight scenes provide the occasional “Wow!” moment offered by gravity-defying, force-wielding Jedi.

That Final Vader Scene, Tho!! –
No bad guy in film history gets the kind of applause Darth Vader gets. That final Darth Vader scene was why the word “epic” was invented.

Tying Up Loose Ends –
I just love the way the storyline not only set up and reframed Episode IV, but the way it reconciles some of the “problems” A New Hope presents; namely, what previously seemed like a random weakness in the design of the Death Star.  In a sense, Rogue One may have made A New Hope a better movie.

Humor –
One of the primary differences between the first set of prequels, featuring Hayden Christensen, and the original trilogy is the effectiveness of humor. I thought J.J. Abrams recaptured that essential Star Wars element and I think Rogue One picked up where he left off. Chief among Rogue One’s best humorists, is K-2SO. K-2SO is what would happen if Han Solo was responsible for programming droids. Like the humor from episodes IV-VI, it consists almost entirely of one-liners. Unlike episodes 1-3, when odd moments of levity seemed forced into otherwise brooding character dialogue, the jokes in Rogue One felts true to the moments they are in and the characters they were delivered by.

1.Score/Music –
While I enjoyed the score overall and particularly the way they used the original John Williams music, i didn’t feel altogether moved by the music. My friend Mike Varel nailed it when he said he missed hearing those dominant, definitive themes that highlighted particular characters (like Rey’s theme from VII) or supported specific moments. Vader’ entrance was really cool, but it wasn’t what it could have been with a better, more definitive theme holding it together.

2. Don’t See It In 3-D –
(This has less to do with the film and more to do with how it might best be viewed) The next time I watch Rogue One, I will watch it in regular 2D. I didn’t need the 3-D elements and didn’t feel like anything in the film was particularly enhanced by it.

But let’s end on a positive…

A Final, Vital Detail –
I enjoyed the way this, as a war movie, touched on some relatively nuanced and difficult socio-historical issues. Next time I see New Hope and I hear Mon Motha mention the price the Rebellion paid to get their hands on the Death Star plans, I’ll feel it A bit more. Watching the Empire annihilate remaining rebellion forces after the Death Star plans had been sent… sheesh.

But far more interesting was considering the path and motives of Galen Erso, played by the excellent Madds Mikkelsen. His character’s dilemma touches on questions about how to faithfully and effectively fight a battle against overwhelming strength and power… that it might necessitate “working from the inside,” which will almost surely mean some form of ethical compromise.

I loved Rogue One. I will see it again.